Injury has been added to insult for Barcelona, who have confirmed Luis Suarez sustained a calf issue in their season-opening defeat. 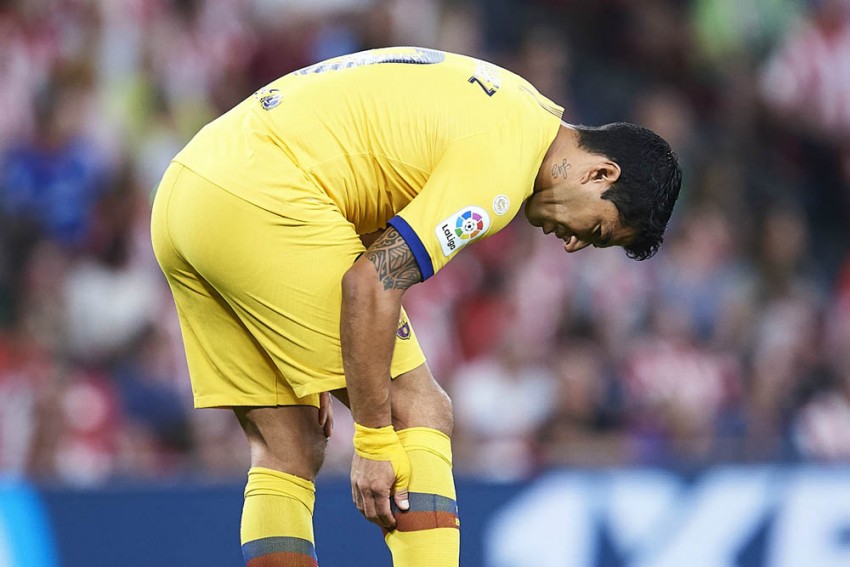 Luis Suarez had to be replaced before half-time at San Mames after receiving treatment following a shot that hit the post.
Getty Images
Omnisport August 17, 2019 00:00 IST LaLiga: Barcelona Confirm Calf Injury For Luis Suarez After Loss To Athletic Bilbao 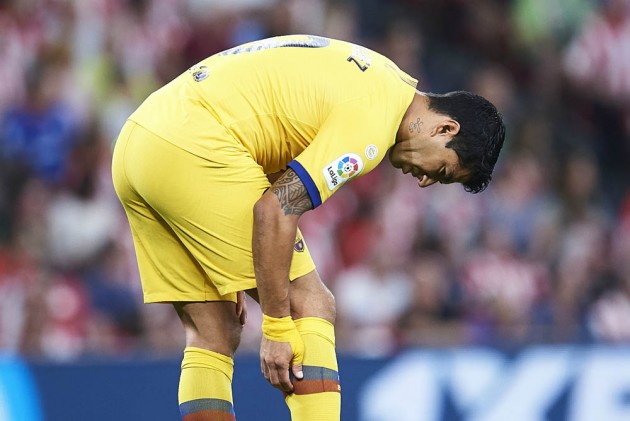 Luis Suarez is out for an indefinite period after injuring his right calf in Barcelona's LaLiga loss to Athletic Bilbao on Friday, the club have confirmed.

The 32-year-old striker had to be replaced before half-time at San Mames after receiving treatment following a shot that hit the post.

Lionel Messi missed the match with a calf issue of his own suffered shortly before Barca travelled to the United States for two friendly matches against Napoli last week.

Their absences were felt as Ernesto Valverde's men succumbed to a stunning late winner from Athletic veteran Aritz Aduriz.

"Tests carried out on Saturday morning have confirmed Luis Suarez has an injured right calf," Barca said in a statement.

"His recovery will dictate his return to action."

[INJURY NEWS] Tests carried out on Saturday morning have confirmed that @LuisSuarez9 has an injured right calf. His recovery will dictate his return to action.pic.twitter.com/QeXdD3gMii

Suarez's early withdrawal was the first time he has been substituted in the first half of a LaLiga game since he joined Barca from Liverpool in 2014.

The champions suddenly look light on forwards, with Philippe Coutinho set to join Bayern Munich on loan with a view to a permanent deal.

Antoine Griezmann debuted against Athletic, but Suarez's injury and Coutinho's departure could see Barca ramp up their interest in former player Neymar, who looks increasingly likely to leave Paris Saint-Germain.