Defending NBA champions, Los Angeles Lakers will have to go through the play-in tournament, while Utah Jazz finished with the league's best record 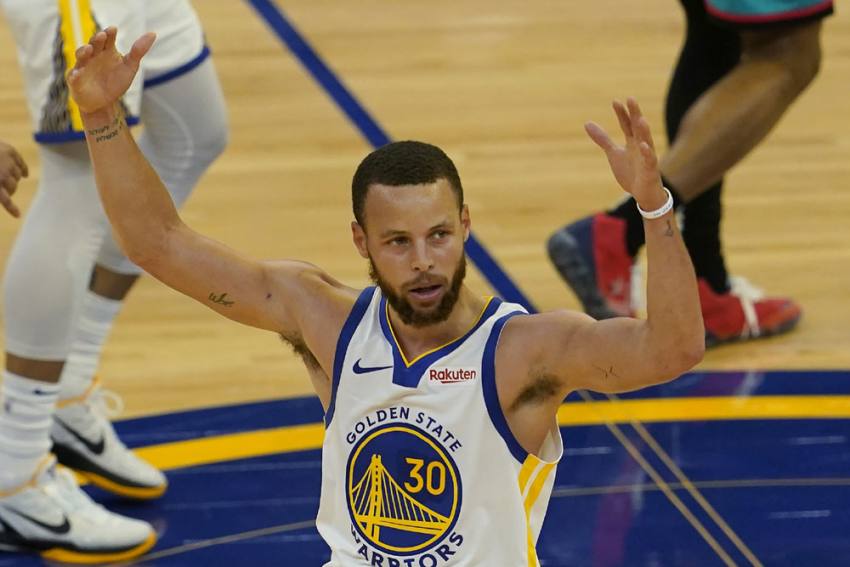 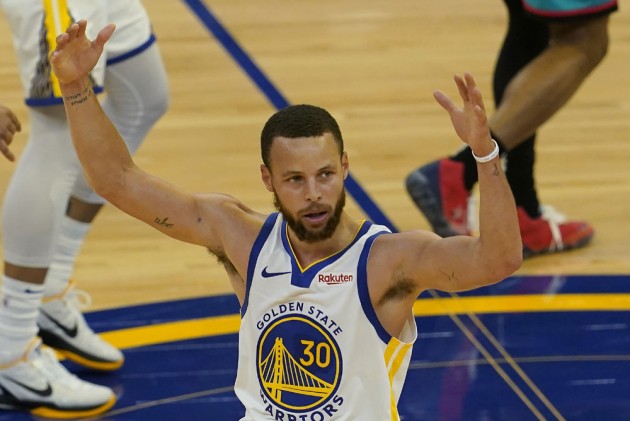 NBA champions the Los Angeles Lakers defeated the New Orleans Pelicans 110-98 but they did not avoid the play-in tournament. (More Sports News)

LeBron James – who appeared to tweak his ankle – posted 25 points for the streaking Lakers, who claimed their fifth consecutive victory, however they did not end the regular season high enough in the Western Conference to bypass the NBA's new play-in format involving the seventh through 10th seeds in pursuit of the playoffs.

The Lakers needed help from the Denver Nuggets but the latter lost 132-116 to the Portland Trail Blazers, leaving the Los Angeles franchise seventh in the west and set to face Stephen Curry's eighth-seeded Golden State Warriors for a playoff berth.

The 2021 #NBAPlayoffs and #StateFarmPlayIn Bracket!

Portland locked up the sixth seed and their eighth straight playoff berth, meaning they will go head-to-head with the third-seeded Nuggets in the opening round.

The Utah Jazz, meanwhile, clinched the NBA's best record (50-20) for the first time in their history.

Jordan Clarkson finished with 33 points and All-Star Rudy Gobert contributed 13 points and 16 rebounds for the Jazz, who eased past the Sacramento Kings 121-99.

The @utahjazz finish the season with the NBA's best record (52-20) outright for the first time in franchise history. pic.twitter.com/4VSYTps3LP

The Jazz edged the Phoenix Suns (51-21), who pipped the San Antonio Spurs 123-121, for top spot in the NBA – the first time they have finished with sole possession of the league's best record.

Curry earned his second scoring title after posting 46 points in the Warriors' 113-101 win over the Memphis Grizzlies. Curry pipped Washington Wizards star Bradley Beal to the award, having finished the regular season with a 32.0 points per game average. Two-time MVP and three-time NBA champion Curry became the first player 33 years or older to lead the league in scoring since Hall of Famer Michael Jordan in 1997-98 (35 years at end of season and averaged 28.7ppg). The 33-year-old also joined Jordan, Wilt Chamberlain and Kareem Abdul-Jabbar as the only players with multiple scoring titles, MVPs and championships.

James Harden was absent due to injury management, but the Brooklyn Nets still secured the second seed in the Eastern Conference with a 123-109 win at home to the Cleveland Cavaliers. Kevin Durant put up 23 points, 13 assists and eight rebounds. Irving added 17 points as he joined an elite list of shooters. Irving finished the regular season with a 50.6 field-goal percentage, 40.2 three-point percentage and 92.2 free-throw percentage – becoming the ninth member of the 50/40/90 club. He also joined Larry Bird, Curry and Durant as the only players to average at least 25 points per game during a 50/40/90 season.

The New York Knicks secured fourth position in the east via a 96-92 win over the Boston Celtics. The Knicks – back in the playoffs for the first time since 2012-13 – will have home-court advantage for their first-round series against the Atlanta Hawks, who routed the Houston Rockets 124-95.

The Wizards' season appeared dead and buried following an horrendous start, having acquired Russell Westbrook to team up with Beal. But the Wizards will face the Celtics as the eighth seed in the play-in tournament thanks to their 115-110 victory against the Charlotte Hornets. Westbrook recorded 23 points, 15 rebounds and 10 assists, while Beal had 20 of his 25 points after half-time.

Tyrese Maxey flexed his muscles as Eastern Conference top seed the Philadelphia 76ers rested their stars in a 128-117 victory over the Orlando Magic. In the absence of Joel Embiid, Ben Simmons, Tobias Harris, Seth Curry and Danny Green, rookie Maxey had 30 points, seven rebounds and six assists. He became the only rookie this season with multiple 30/5/5 games – LaMelo Ball and Anthony Edward only had one such game.

Precious Achiuwa's career-high 23 points and 10 rebounds helped the shorthanded Miami Heat rout the Detroit Pistons 120-107. Tyler Herro (16 points and 11 assists) and Gabe Vincent also had double-doubles as the sixth-seeded Heat prepare to face third seed the Milwaukee Bucks in the first round in the east.

After a blockbuster trade sent wantaway superstar Harden to the Nets in January, the rebuilding Rockets crumbled. A crushing loss to the Hawks left the Rockets with a 17-55 win-loss record – their worst campaign since going 14-68 in 1982-83.

Sit back and enjoy!

The Nets produced a stunning piece of offense against the Cavaliers in the second quarter. After dispossessing Cleveland, Blake Griffin played a behind-the-back pass to Irving, who passed the ball ahead to Mike James. James tossed the ball off the backboard for Durant to slam down.

After a day off, the Eastern Conference play-in tournament gets underway on Tuesday. The Wizards will meet the Celtics in a seventh vs eighth battle, while the ninth-seeded Hornets face the 10th-seeded Pacers for a spot in the playoffs.