Just Let This Be A Warning! Jimmy Neesham Threatens To Block Fans If They Recommend 'The Big Bang Theory'

Taking to Twitter, Jimmy Neesham lashed out at a user who suggested him to watch the popular American sitcom 'The Big Bang Theory' 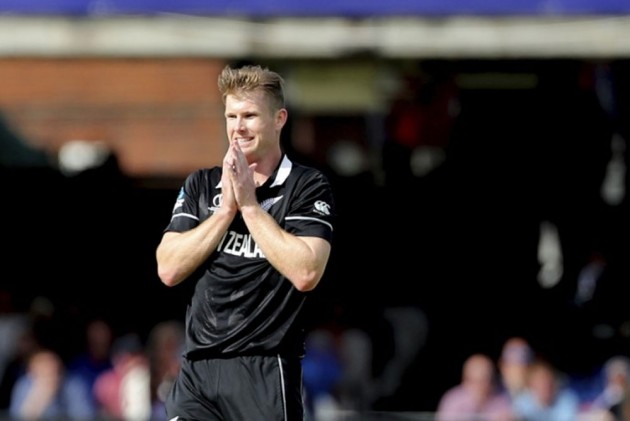 New Zealand all-rounder Jimmy Neesham has advised followers to not recommend him to watch 'The Big Bang Theory' and made clear that he will block those who do.

Taking to Twitter, Neesham lashed out at a user who suggested him to watch the popular American sitcom 'The Big Bang Theory', one of the most popular and longest-running TV shows.

"I'll let it slide this time but just let this be a warning that if anyone else suggests the Big Bang theory to me I will block you. And yes, I'm serious. Miss me with that junk," Neesham replied.

I’ll let it slide this time but just let this be a warning that if anyone else suggests the Big Bang theory to me I will block you. And yes, I’m serious. Miss me with that junk https://t.co/606T7WcP3n

When another Twitter user asked the left-handed batsman why he has such disdain towards the show, which ran for 12 super successful seasons, he replied, "It's so bad that watching it actually causes me physical pain."

It’s so bad that watching it actually causes me physical pain. https://t.co/jyjWDkacGK

Created by Chuck Lorre and Bill Prady, the show premiered on CBS on September 24, 2007.  It won seven Emmy Awards from 46 nominations.

The show originally centred around the lives of socially awkward physicists Leonard Hofstadter and Sheldon Cooper, who take a wild turn when the beautiful and free-spirited Penny moves in next door.

The final episode of the show aired on May 16 last year and found Sheldon and Amy (Mayim Bialik) finally winning a Nobel Prize.

The 29-year-old right-arm pacer is enjoying some time away from the game as all the cricketing action has been suspended worldwide due to the coronavirus pandemic.