More than 200 people have been killed in the recent Israel-Palestine conflict, including a caregiver from Kerala 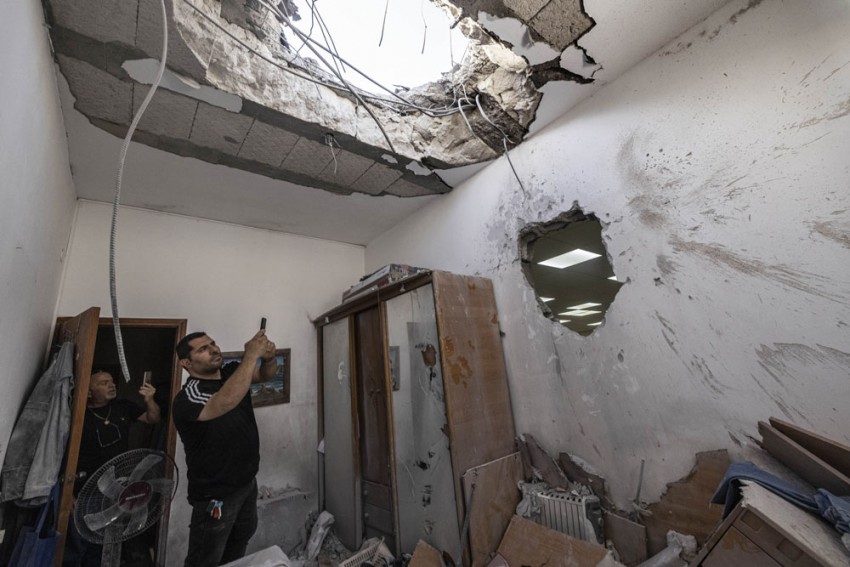 People take pictures of a damaged synagogue after it was hit by a rocket fired from the Gaza Strip, in Ashkelon, Israel, Sunday, May 16, 2021.
AP Photo/Tsafrir Abayov
PTI 2021-05-17T15:00:44+05:30 Israel-Palestine Conflict: Cricket Club Comes To Rescue Of Indian Researchers In Beersheba 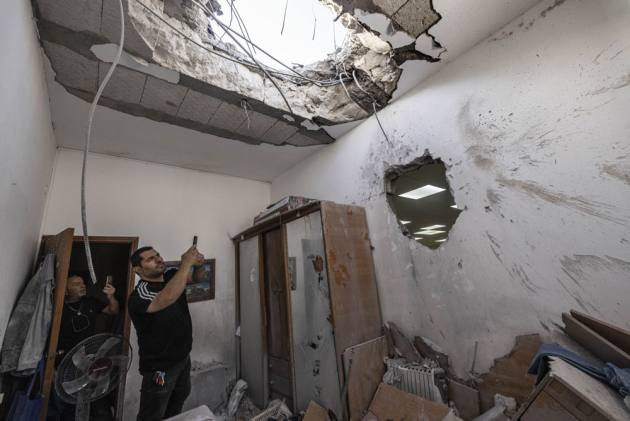 A cricket club in the southern Israeli city of Beersheba has come to the rescue of several Indian researchers at the Ben-Gurion University in the Negev southern region, who had been struggling for a proper shelter while being under a complete siege with rockets raining over the country’s south during the past one week. (More Cricket News)

The Beersheba Cricket Club building, a two-storey structure close to the University, which is actually a shelter house with an underground floor, opened its door for the local residents immediately after rockets launched by Palestinian militants started to fall on Israel's southern areas and also extended the kind gesture to Indian researchers at the University who were looking for proper protection during distressed times.

"Some of the Indian researchers also play for the cricket club and are like part of our family. But we told them that anybody looking for a safe shelter is welcome to use our facility," said Naor Gudker, the Chairman of Beersheba Cricket Club.

"There are several Indian researchers staying with us during the past week, both boys and girls, and we have tried to make things as comfortable as possible, extending them all possible help", he said.

"Some of them are not fully aware of the safety regulations and me and my colleagues have tried to make them aware of all the precautions to be taken to keep them safe," Naor said.

The club members have been taking turns and voluntarily attending the facility in shifts to look after the local residents lacking safe houses and also foreigners, mostly Indian researchers.

Viraj Bhingardive, Heena Khand, Shashank Shekhar, Rudraru Senguta and Bishnu Khand, some of the doctoral and post-doctoral fellows, taking refuge at the club during these difficult and critical times, expressed their gratitude towards the generosity of the hosts and its management.

"We can sleep here knowing we are safe," most of them said to PTI adding, "there hasn't been a quiet night since last Monday".

"The club has not only made Indian students feel secure but, in a way, has been pampering them. They have access to snacks, tea and coffee and can use the gym and the entertainment system… it helps distract us from the ongoing misery", said Ankit Chauhan, a doctoral student at the University.

Palestinian militant group Hamas has fired more than 3,000 rockets over Israel during the past seven days, pushing more than half of Israel's population into shelter houses and Israel has carried out hundreds of devastating retaliatory attacks in Gaza.

More than 200 people have been killed in the recent escalation in the region, including a caregiver from Kerala, whose mortal remains were sent to her hometown in Idukki last week.