The result propelled Hyderabad to third in the ISL table, level on points with FC Goa 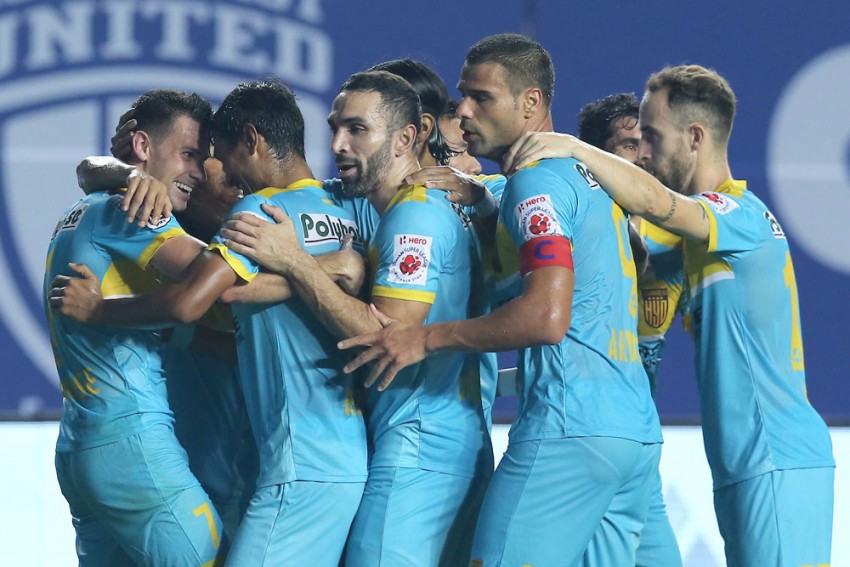 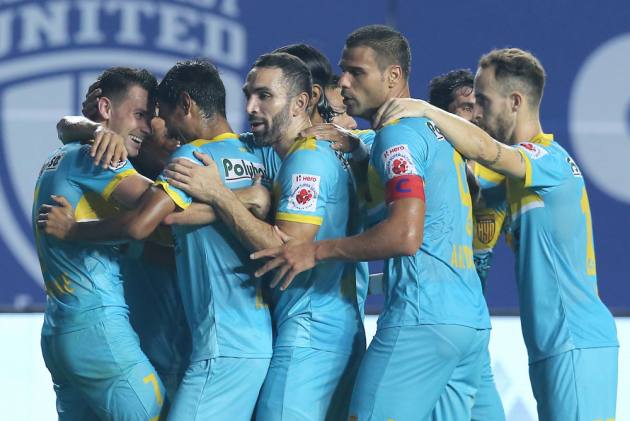 Hyderabad took the lead through goals from Aridane Santana (3') and Joel Chianese (36') before a penalty from Federico Gallego (45') and Benjamin Lambot's strike (45') helped NEUFC draw parity before the break. Hyderabad settled the tie in their favour in the second half through late goals from substitute Liston Colaco (85', 90').

The first half was a dramatic and open-ended contest with both sides creating ample chances. The Highlanders fashioned more opportunities and despite a two-goal deficit, fought their way back with two goals late in the opening half.

It just took three minutes for Hyderabad to break the deadlock as they scored their fastest goal this season.

Chianese made his way into the box and cut inside, beating two markers before squaring a pass for Santana. The Spaniard poked his shot past NEUFC keeper Subashish Roy Chowdhury to notch his sixth goal of the season.

NEUFC soon fashioned a gilt-edged chance to score the equaliser from a free-kick but Idrissa Sylla miscued his header. Federico Gallego’s cross found Sylla at the near post, who got a free header but fired it off target.

Hyderabad soon doubled their tally, pouncing on a defensive lapse from NEUFC as Chianese, creator for the first goal, turned goalscorer.

Akash Mishra did well to close down space on the left and find Chianese outside the box. The Australian latched on to the ball and beat three markers before finding the back of the net.

The first half though witnessed a dramatic end as NEUFC clawed their way back with two goals in as many minutes.

Ashutosh Mehta first won NEUFC a penalty after being brought down by Halicharan Narzary. Gallego made no mistake and placed his spot-kick straight down the middle.

The equaliser then came after some sloppy play in Hyderabad’s box. After NEUFC had multiple attempts on goal, captain Lambot placed his shot into the net to draw his side level.

Both sides continued to test each other after the break with Chowdhury pulling off crucial saves early on in the second half.

The Nizams brought on Colaco after the hour mark and he would go on to have a major influence on the game, notching up a brace.

His first goal was sublime. Receiving the ball on the left, the Goan forward beat three markers before curling his shot into the top corner. Colaco then added a second one with a neat finish after being assisted by Santana.

The result propelled Hyderabad to third in the Hero ISL table, level on points with FC Goa.

FA Cup Live Streaming: When And Where To Watch Round 3 Matches - Fixtures, Kick-off Times, TV Channels