Samson almost took RR home with a breathtaking 119 off 63 balls but was caught off the game's final ball with left-arm pacer Arshdeep defending 13 runs in the last over. 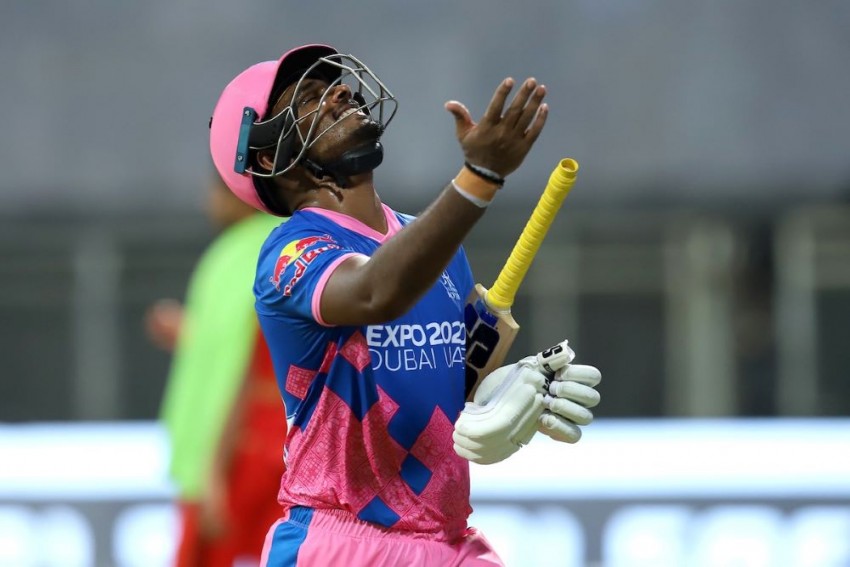 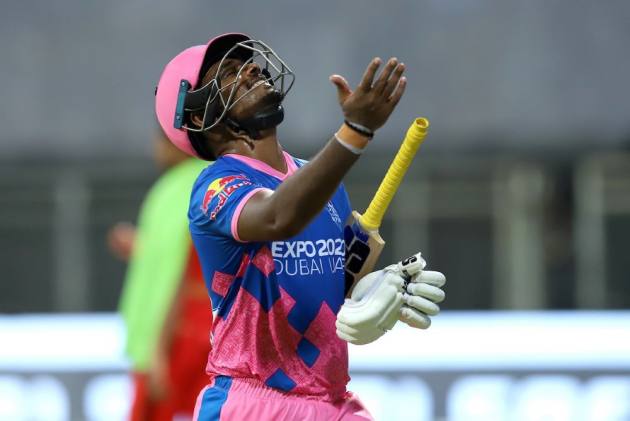 Sanju Samson's sensational hundred on his captaincy debut went in vain as young pacer Arshdeep Singh held his nerve in the final over to help Punjab Kings pull off a thrilling four-run win over Rajasthan Royals in a high-scoring IPL game here on Monday.
Highlights | POINTS TABLE | RESULTS & SCHEDULE

Samson almost took Royals home with a breathtaking 119 off 63 balls but was caught off the game's final ball with left-arm pacer Arshdeep defending 13 runs in the last over.

Samson, who effortlessly struck seven sixes and 12 fours, was so confident of taking his team home that he refused a single to Chris Morris on penultimate ball of the game when Royals needed five runs off two balls. In the end, it was not to be for Royals as Punjab scraped through.

Samson and Jos Buttler (25), who struck four successive boundaries off Riley Meredith, tried to take the game deep with a 45-run stand. Pacer Jhye Richardson pegged Rajasthan back by cleaning up Buttler.

Samson, who was dropped twice, completed his fifty with a boundary and kept playing his shots to keep his team in the game despite losing partners at the other end.

Royals fetched 26 runs from the 14th and 15th over and then Murugan Ashwin conceded three sixes in the 16th over, as Royals amassed 20 runs, to bring down the equation to 48 runs from the last four.

Samson hammered Richardson for two boundaries and a six in the 18th over, in which Royals got 19 runs and took his team on the cusp of a fine win before falling short.

Despite the win, Punjab will be worried that their expensive fast bowling recruits from Australia, Jhye Richardson and Riley Meredith, leaked 55 and 49 runs respectively in their four overs.

They lost opener Mayank Agarwal (14) early, who edged it back to Samson for IPL debutant Chetan Sakariya's first wicket.

He ended being the pick of the bowlers, conceding only five runs in the 20th over.

Rahul, who got his first four with a glance to the fine-leg fence, and Chris Gayle (40 off 28) gave the team a good start with their 67-run stand.

Rahul got a ‘life’ after Ben Stokes dropped him at the fence in the seventh over even as Gayle, looked in his elements.

The duo then took on Stokes, as Gayle hit his 350th IPL six, a pull over deep square in the 8th over  with Punjab racing to 70 for one.

Gayle was dropped by leggie Rahul Tewatia (0/25) off his own bowling and the very next ball, the left-hander smashed a six.

However, in the 10th over, Riyan Parag (1/7) removed Gayle, who was holed out to Stokes in the deep.

Rahul then changed gears and got to his fifty with a six over Shivam Dube’s (0/20) head in the 13th over.

Hooda then smashed two maximums in the same over and then struck three sixes off Shreyas Gopal (0/40) in the next as Punjab went ballistic.

It was Rahul and Hooda's show at the Wankhede that made the difference to their total as the duo tore into the opposition attack on way to to their 105-run stand.

Hooda, who had made a 62 against CSK in his last competitive game in November, had stormed out of the Baroda camp ahead of the Syed Mushtaq Ali Trophy after claiming that Krunal Pandya misbehaved with him. Hooda was subsequently suspended.