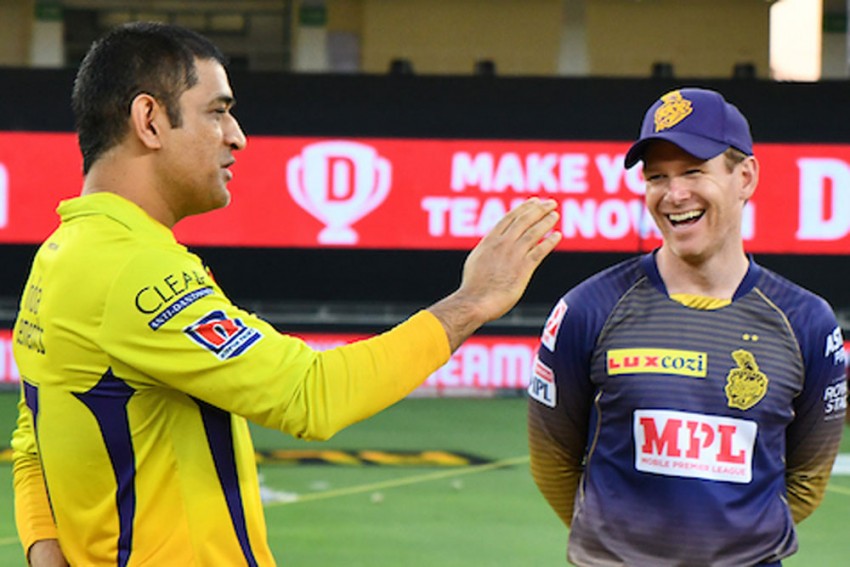 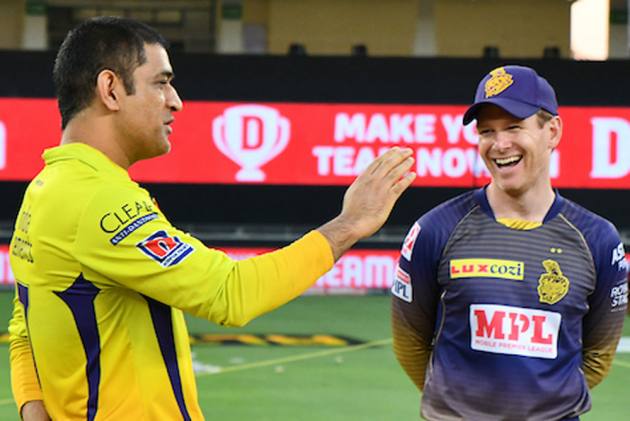 Former Indian Premier League (IPL) champions Kolkata Knight Riders and Chennai Super Kings played out a thriller in Mumbai on Wednesday and the winners were decided in the last over. After winning the toss, KKR captain Eoin Morgan put the three-time winners into bat. Openers Faf du Plessis (95 not out, off 60) and Ruturaj Gaikwad (64 off 42) set up a massive total of 220/3. KKR's chase got off to a horrendous start, losing five wickets inside the sixth over. Then, Dinesh Karthik (40 off 24), Andre Russell (54 off 22) and Pat Cummins (65 off 34) produced a stunning rear-guard action. The Aussie all-rounder needed to shepherd the KKR tail in a bid to avoid a third successive defeat, but his final partner Varun Chakravarthy got run out in the last over. And setting up CSK's third successive win was Deepak Chahar, who rocked KKR top-order with a four-wicket haul in a match that witnessed 442 runs. Catch highlights and cricket scores of the Kolkata Knight Riders vs Chennai Super Kings match here.

7:09 PM IST:  Changes for both sides. Kamlesh Nagarkoti and Sunil Narine in for Harbhajan Singh and Shakib Al Hasan in KKR. Dwayne Bravo is rested. Lungi Ngidi in. Here are the playing XIs: