It was KKR's Varun Chakravarthy and Sandeep Warrier, who first tested positive for COVID-19 in May in the middle of IPL, which was eventually postponed. 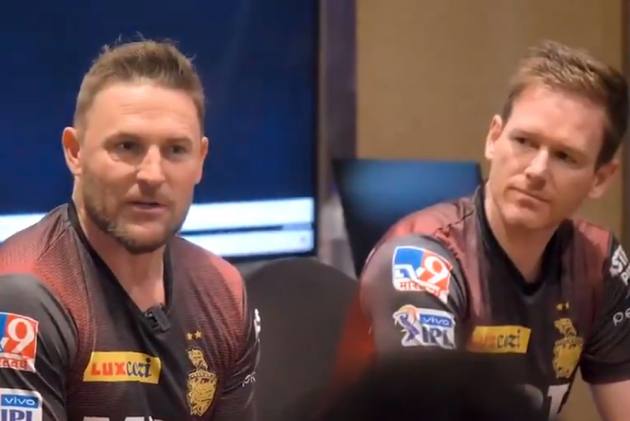 Kolkata Knight Riders head coach Brendon McCullum says they were "paralysed a little bit by fear" when coronavirus struck the first half of the IPL in India. (More Cricket News)

It was KKR spinner Varun Chakravarthy and seamer Sandeep Warrier, who first tested positive for COVID-19 in May in the middle of the League, which was eventually postponed.

The Purple and Gold brigade led by England white-ball skipper Eoin Morgan had an underwhelming first half. They are languishing at the seventh spot but McCullum is hopeful for a strong showing when action resumes from September 19 in the UAE.

"In regards to the tournament which is upcoming (second half of the IPL phase), we can end it right. We can take the game on and we're in a situation where we need things to go our way," McCullum was quoted as saying by the KKR website.

"We need to hit the ground running, challenge one another privately, support one another publicly and try and get the best out of one another in the next 4-5 weeks. Who knows where we can go with this.

"There were sometimes throughout the season when I just felt we were being paralysed a little bit by fear," he added.

The virus had wreaked havoc in India at that time, claiming thousands of lives.

The 39-year-old former New Zealand skipper, who started his IPL journey as a player with KKR, is hopeful the team will be able to get rid of the angst that had been built in the first phase of the league.

"I wasn't able to free the guys up enough to understand that and that's sort of a challenge for me. But it is also a good challenge for the guys as well that they need to push the envelope of their own thinking as well.

"Hopefully we will be able to strip away a bit of the angst which had built up in the first part of the season, just go out there and try and enjoy ourselves.

"That's the ambition that I have got for the franchise and hence why I am unapologetic and unrelenting in my belief that we need to play a braver style of play," he said.

Talking about his coaching style, McCullum said, "When we left India (after IPL was called off due to Covid), I think everyone understood me as a coach on how I want our team to play."

"I am unapologetic about that as well because my job is to try and build something at KKR that is going to last far longer than I am going to last for the franchise," McCullum added.