Jadeja scored 28-ball 62 and then took 3/13 as Chennai Super Kings posted a 69-run win. Catch the highlights of CSK vs RCB here 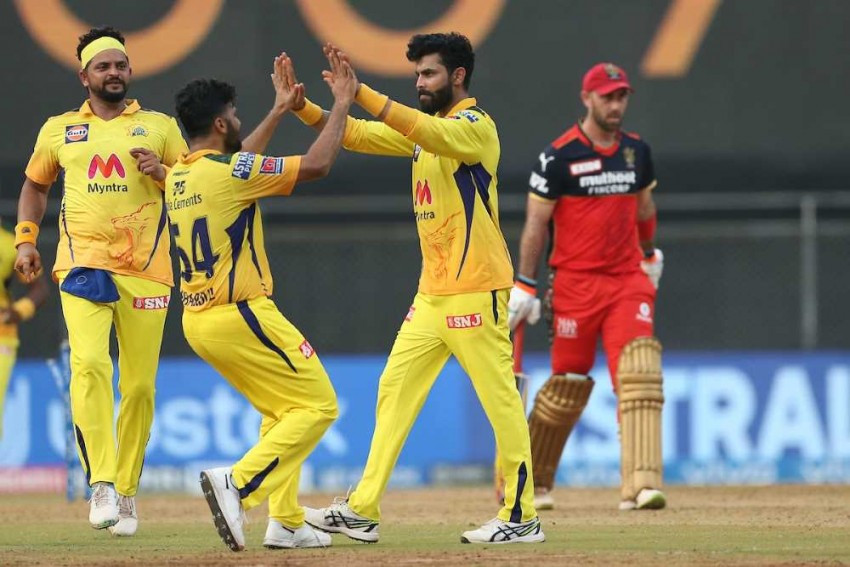 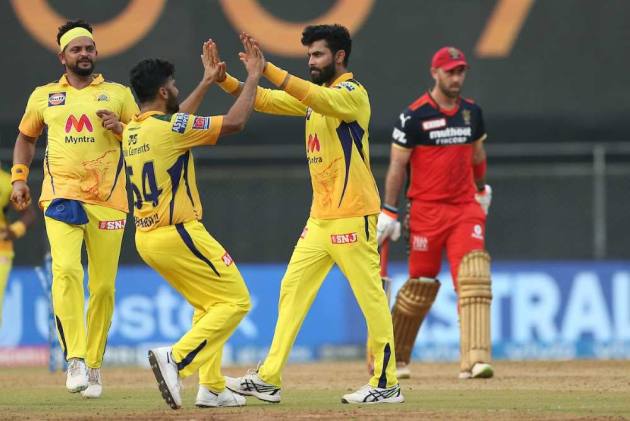 Chennai Super Kings defeated Royal Challengers Bangalore by 69 runs in their Indian Premier League (IPL) match at the Wankhede Stadium in Mumbai on Sunday. CSK scored 191 for four after skipper Mahendra Singh Dhoni opted to bat on winning the toss. In reply, RCB could only manage 122 for 9 in 20 overs. Ravindra Jadeja smashed 62 off 28 balls, including 37 runs in the innings' final over with the help of five sixes and a four off purple cap holder Harshal Patel's bowling. CSK opener Faf du Plessis scored 50 off 41 balls and shared a first-wicket stand of 74 runs with Ruturaj Gaikwad (33) at the Wankhede Stadium. Harshal Patel was the most successful bowler for RCB, returning figures of 3/51, including the 37 runs in his fourth and final over.  Jadeja also shone with the ball and finished with excellent figures of 3/13 in four overs, including taking the big wickets of AB de Villiers and Glenn Maxwell. Brief Scores: Chennai Super Kings: 191/4 in 20 overs (Ravindra Jadeja 62 not out, Faf du Plessis 50, Ruturaj Gaikwad 33; Harshal Patel 3/51). Royal Challengers Bangalore: 122/9 in 20 overs (Devdutt Padikkal 34; Ravindra Jadeja 3/13, Imran Tahir 2/16). Catch the highlights of CSK vs RCB here(

Moeen Ali is not fit and is replaced by Dwayne Bravo, while Lungi Ngidi is replaced by Imran Tahir. For RCB, Dan Christian and Navdeep Saini replace Kane Richardson and Shahbaz Ahmed

2:58 PM IST: Hello and welcome to the live coverage of CSK Vs RCB match from Mumbai. Stay tuned for toss.