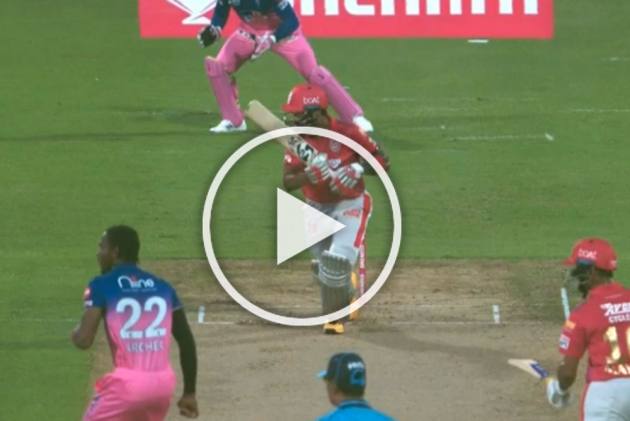 Picking up where he left off, Kings XI Punjab (KXIP) skipper KL Rahul on Saturday helped his team get off to a brilliant start against Rajasthan Royals in the ninth match of Indian Premier League (IPL) 2020 in Sharjah.

Put into bat by Royals captain Steve Smith, Rahul and his opening partner Mayank Agarwal have added 110 runs in ten overs. They have scored 60 runs inside the six overs to post the highest Powerplay score this season.

Rahul, who hit an unbeaten 132 off 69 balls for the highest IPL score by an Indian against Royal Challengers Bangalore, hit Jofra Archer for three back-to-back fours. Watch here:

KXIP lost their season opener against Delhi Capitals in Super Over in controversial fashion, then beat Royal Challengers Bangalore by 97 runs.