This Nicholas Pooran fielding effort during the Rajasthan Royals vs Kings XI Punjab match of the Indian Premier League (IPL) 2020 is being hailed as possibly the greatest ever. Watch and be blessed 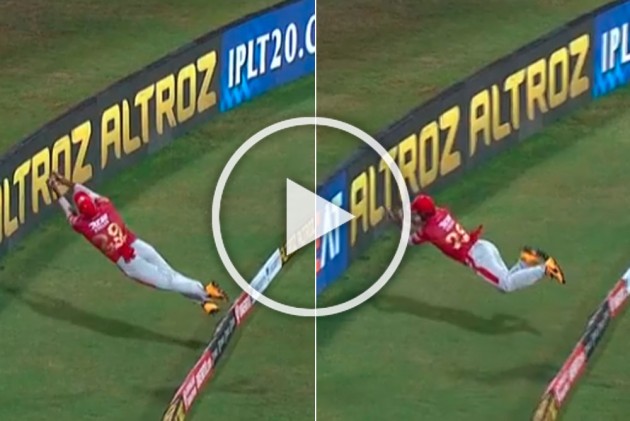 Commentators failed to describe the effort. For all their flowery words, they still came short when Nicholas Pooran denied Sanju Samson a certain six during the Rajasthan Royals vs Kings XI Punjab match of the Indian Premier League (IPL) 2020 in Sharjah on Saturday.

Then an airborne Pooran did something unthinkable by pulling the ball back inside the rope. And it took just fractions of a moment.

Former England captain Kevin Pieterson, on air, said "That's the best I have seen," even as his fellow commentators gasped. Harsha Bhogle took to Twitter and wrote "Pooran has just produced one of the greatest fielding saves I have ever seen. That was almost two yards over the rope and to pull it back....Wow! Where is this standard of fielding going to take us next...."

Pooran has just produced one of the greatest fielding saves I have ever seen. That was almost two yards over the rope and to pull it back....Wow! Where is this standard of fielding going to take us next....

Everyone deserves to see this effort and be blessed:

Earlier, Mayank Agarwal outshone his KXIP captain KL Rahul with a maiden IPL hundred as the duo pummelled the Royals bowlers into submission to post an imposing 223 for 2.

Agarwal (106) and Rahul (69) stitched 183 runs for the opening stand, the highest partnership for any wicket so far this season as they took apart the Royals bowlers who were also wayward in their line and length.

The duo just missed the record of highest opening wicket partnership in IPL history by a mere two runs when Agarwal was out in the 17th over after hitting 10 fours and seven sixes during his magnificent 50-ball knock.

Pooran himself then hit 25 not out from just eight balls while Glenn Maxwell also remained unbeaten on 13.