IPL 2020: Range-hitting Is What Cricket Demands In This Generation, Sanju Samson After Season's Fastest Fifty

Rajasthan Royals' Sanju Samson, who was adjudged Man-of-the-Match in their IPL 2020 match against Chennai Super Kings, said his plan is to go and hit all the deliveries in his arc 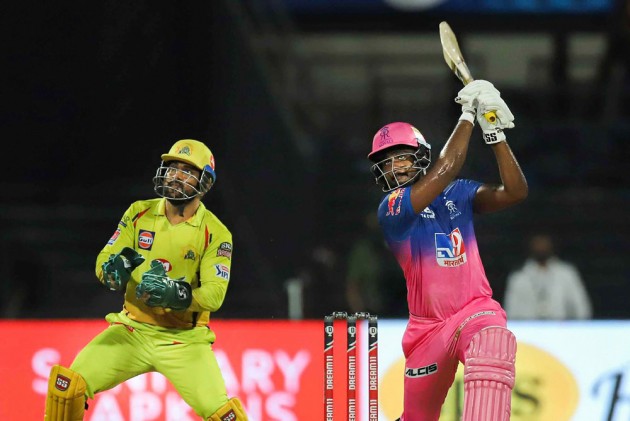 Convinced that possessing an array of shots is a must to go with power-hitting, wicket-keeper batsman Sanju Samson says he worked on these aspects during the coronavirus enforced break.

The work done by Samson was there to be seen when he pulverised the Chennai Super Kings on Tuesday night, setting up a Rajasthan Royal's win with his blistering 32-ball 74-run knock, studded with nine sixes and a boundary.

That he is an impact player is a known fact but his clean and elegant hitting earned praise from one and all.

"I think range-hitting is what the game demands in this generation. I had time to work out in these 5 months, and I think I've increased that ability," Samson said at the post-match presentation.

"I've been working hard on my fitness, diet and training, and on my strength, because my game relies a lot on power hitting," he added.

Samson, who was adjudged Man-of-the-Match, said his plan is to go and hit all the deliveries in his arc.

"My game plan is stand and deliver. If it's in the arc I go for it, and it's very important to keep the intent to hit the ball if it's there to be hit.

With Robin Uthappa and Jos Buttler also in the squad, the Royals are spoilt for choice in the wicket-keeping department.

However, Samson, who executed two stumpings and as many catches against CSK, said he is happy to play any role the captain and coach deem fit for him.

"Everyone likes to keep wickets and no one likes running around, but it's up to the coach. We are happy to bring smiles on the fans' faces and we hope to continue doing so."