Chennai Super Kings team sources say all efforts to keep Suresh Raina in Dubai failed. He was too scared with COVID-19 cases 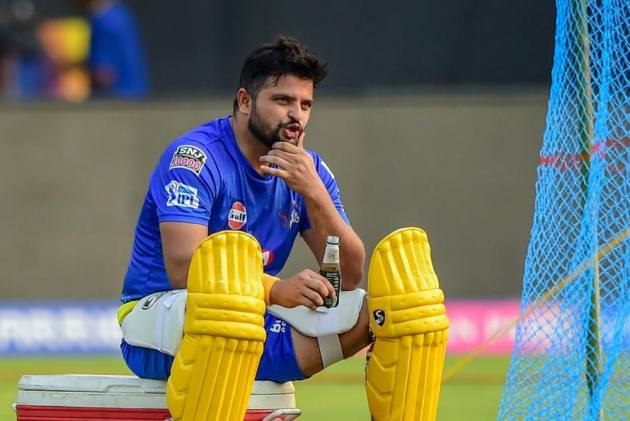 Former India all-rounder Suresh Raina is yet to make a statement after pulling out of the Indian Premier League (IPL) 2020 on Saturday. And speculations were made that the veteran cricketer chickened out after the team were hit by a coronavirus. But, as reported earlier, the actual reason for his abrupt return home could only be related to a family emergency. (More Cricket News)

Now, it's confirmed that a 58-year-old uncle of Raina died while four members of his family sustained injuries in an attack by robbers in Punjab’s Pathankot district. The deceased has been identified as Ashok Kumar, a government contractor.

Earlier in the day, CSK announced that Raina "has returned to India for personal reasons and will be unavailable for the remainder of the IPL season."

Suresh Raina has returned to India for personal reasons and will be unavailable for the remainder of the IPL season. Chennai Super Kings offers complete support to Suresh and his family during this time.

Raina, who recently retired from international cricket hours after former India captain and CSK skipper MS Dhoni hung his boots, was prepared to give his all. But Raina's decision to leave the team became a topic of debate in social media, with fans coming up with all sorts of wild claims.

In fact, a leading publication reported that the southpaw "just couldn’t take it anymore”.

“On Friday night, in fact, there was a huge ruckus. He tried calling all his teammates, coach (Stephen Fleming), skipper (MS Dhoni) again and again to share his concerns. MS, in fact, also tried explaining things to him but nothing worked. He was badly psyched up and worried. Eventually, everybody else realised there was no point holding him (back) from travelling back because he was totally gripped by fear,” TOI reported quoting a source in the team. “He just couldn’t take it anymore and refused to be calmed down."

PTI also reported that once the first case of a player inside the bubble turning positive emerged, Raina was shaken and had raised his apprehensions.

"He wasn't in a mood to play once the multiple COVID positive cases emerged. He was more keen on going back home to his kids," an IPL source privy to development in CSK camp said.

Citing multiple sources, the news agency also ruled out that Raina was disturbed by the murder of his uncle.

"Obviously, it's a hurtful incident but it happened on August 19 and 20 when he was in Chennai. Let's just put it this way that cricket is the last thing on Suresh's mind right now," PTI quoted a source as saying.

Now, until the player himself comes out with a statement, the actual reason will not be known.

What happened in Pathankot?

According to police, the incident took place at Thariyal village in Punjab's Pathankot on the night intervening on August 19 and 20.

Kumar’s elder brother Shyam Lal confirmed that the victim was the cricketer's uncle. He said Raina is expected to visit the village.

Earlier, a senior police official had said they can’t confirm the victim’s relationship with the cricketer.

According to police, three to four members of the notorious “Kale Kachhewala” gang had come with an intention to loot, attacked Ashok Kumar and his family members at their house in Thariyal village near Madhopur of Pathankot.

At the time of the attack, they were sleeping on the terrace of their house.

ALSO READ: Why COVID-19 Won't Spare A Dhoni Or Kohli

Confirming Kumar’s death, Pathankot Senior Superintendent of Police Gulneet Singh Khurana had earlier said he had no confirmation about the victim's relationship with the cricketer.

“We are investigating the matter,” said the SSP.

According to police, robbers decamped with some cash and gold from the house.

While Satya Devi has been discharged from hospital, others are still undergoing treatment, said Pathankot Superintendent of Police Prabhjot Singh Virk.