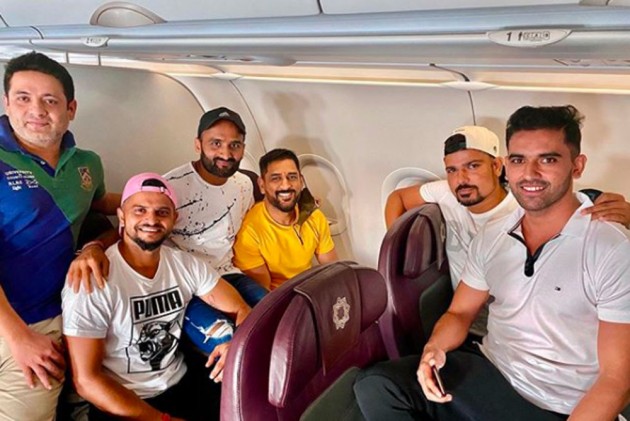 The Board of Control for Cricket in India (BCCI) has reportedly put the tournament schedule for the Indian Premier League (IPL) 2020 on hold after several members of Chennai Super Kings (CSK) were tested positive for the dreaded novel coronavirus.

In a shocking development, as many as ten members of the Mahendra Singh Dhoni-led CSK camp were confirmed infected with COVID-19. Deepak Chahar, the Indian bowler, is believed to be the lone player in the list of infected persons.

READ: Why COVID-19 Won't Spare A Dhoni Or Kohli

This development, as reported by TOI, has forced the BCCI to postpone the announcement of the schedule even though. The world's premier T20 league, which was moved out of India due to the pandemic to the United Arab Emirates, is scheduled to start on September 19.

ALSO READ: A Fair Warning And Some Brutally Honest Reactions

“Adequate measures are in place to tackle the situation and there is no immediate threat to the tournament. But the announcement of fixtures has been delayed because of this development," TOI quoted a BCCI source as saying.

Traditionally, the first match is played between the previous editions' finalists, in this case Rohit Sharma's Mumbai Indians and CSK.

Insidesport reported that the player infected is indeed Chahar.

"We don’t have much knowledge on who exactly has tested positive. I am hearing 2-3 squad members, few support staff members and our CEO’s family member has tested positive”, it reported quoting a CSK member. “I think Chahar is one of the player”.