IPL 2020: Disappointed After Australia Snub, Suryakumar Yadav Let The Bat Do The Talking 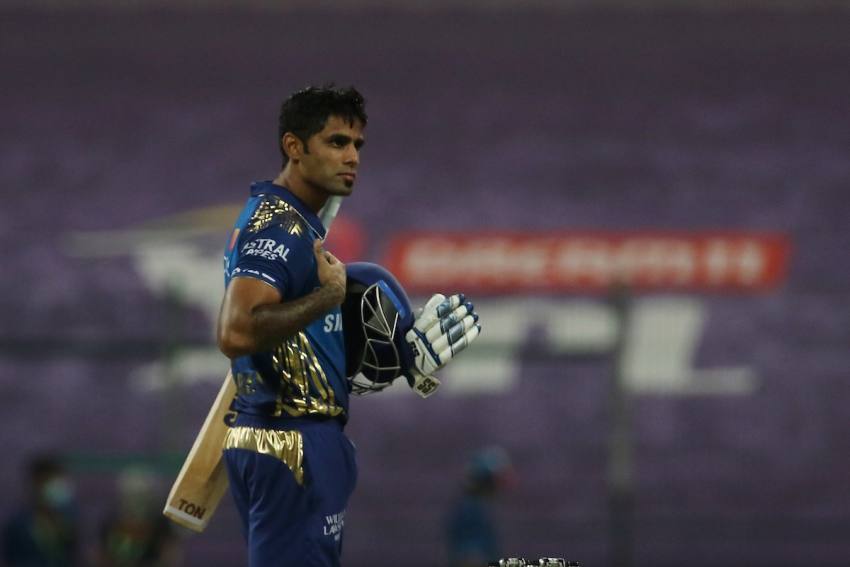 Suryakumar Yadav made a statement with a match winning knock against RCB.
BCCI
PTI 2020-11-22T18:31:44+05:30 IPL 2020: Disappointed After Australia Snub, Suryakumar Yadav Let The Bat Do The Talking 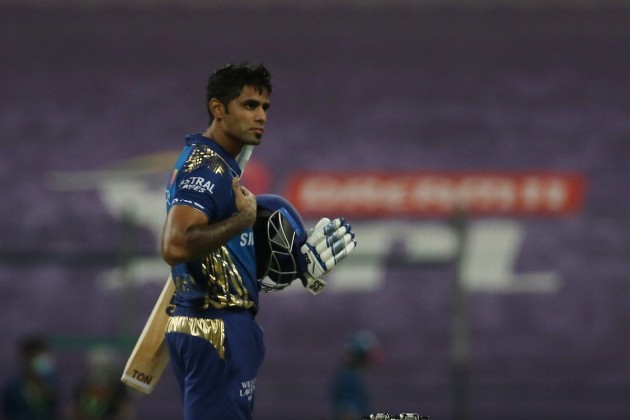 Anguished beyond words after being overlooked for the tour of Australia, Suryakumar Yadav found comfort in a pep talk with Rohit Sharma. (More News)

Soon after his conversation with Mumbai Indians' inspirational captain, Suryakumar's mind was suddenly wired for distraction, and his bat ready to do some more talking.

"That time in the gym Rohit was sitting besides me and he just looked at me, and I said, 'obviously, I am a bit disappointed', because he could see that I was expecting some good news," Suryakumar told PTI in an interview.

"Later on he was like 'I just believed you have been doing a great job for the team right now, and instead of thinking about that (non-selection), you just do the same things what you have been since day one in this IPL.

"... 'and when the time is right, your opportunity will come, may be today or tomorrow but it will come, you just got to believe in yourself'," Surya recalled.

The non-selection, despite his prolific run in domestic cricket and the IPL, extended Suryakumar's wait for an India cap.

He said that "those words" from Rohit helped him come out of the disappointment.

"I really felt good because I knew how I was feeling at that time and even he could see it in my eyes clearly. I think to come out of that was a big boost for me," he said.

The 30-year-old Mumbai batsman conceded that the team selection for the Australian tour was at the back of his mind even though he did try a few things to distract himself from the thought.

"During this tournament actually I was a bit disappointed. I knew the team was going to come out, and the same day I tried myself to keep busy, just try and avoid getting that thought -- there is a squad selection tonight.

"So I thought I'll just focus on my process and my things properly and instead of thinking about the call up, I will try and keep myself busy, I can go to the gym or maybe spend time with my teammates.

"But yes, at the back of the mind, there was a thought that the team is coming out tonight," he admitted.

And when he saw that his name did not feature in the list, Suryakumar was hurt.

"I sat in a room and started thinking, why my name is not there, but after looking at the squad there were lot of players who got lot of runs as well and even they have been playing consistently, doing well for India, doing well in IPL.

"Then I thought instead of thinking about that, I'll just try and keep scoring runs, do my job, what's in my hand, what's in my control, and then wait for the opportunity, whenever it comes, grab with both hands," he said.

Suryakumar played a variety of shots in IPL-13, and he revealed that initially he loved playing only on the leg side, but then improved his off-side game, too.

"Not only before this IPL, I think since 2018 I have been trying to score all over the park. I didn't want myself to be a single dimensional player.

"Before I used to love playing on leg-side, but then later on I thought, if you have to play well and score runs at this level with so much of competition you got to, practise hard and take the other side as well.
"Then I started practising even more, playing off-side strokes, because I used to love playing Ranji Trophy and in four-day cricket, you can't actually survive playing on one side, then I started enjoying more batting on off side as well, built a few strokes.

"Slowly I knew if I keep following those routines , it will come and at a point I will be happy the way I'm batting and it is happening now and I am very happy," he said.

He played a key role in Mumbai Indians' record fifth IPL title and the cricketer is satisfied with his overall performance.

"I was satisfied with the way things went in the IPL. I made a few goals before going to the IPL, wanted to tick a few boxes of getting more and more runs.

"But when the tournament started I thought, maybe, instead of thinking about scoring more runs, I can think about the contributions I can make which can help the team win.

"Those impactful performances and then I started focusing on that, maybe a 30-runs or 20 runs off 10 balls or good 50, play till the end and get that runs, which helps the team win," he signed off.