Anrich Nortje, who made his Test debut last year against India, has featured in six red ball games, seven ODIs and three T20s for South Africa 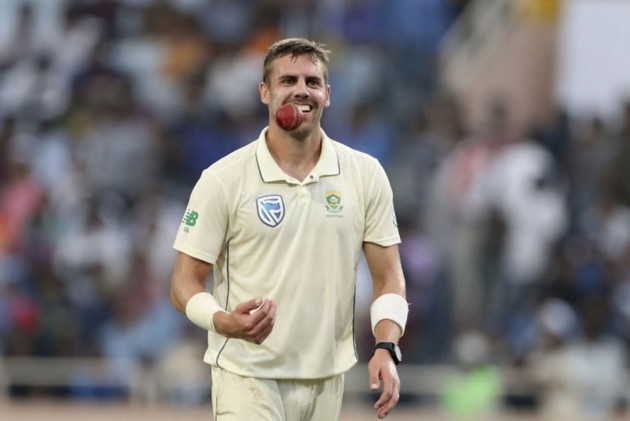 The team did not specify the reasons for Woakes' pullout. This will be Nortje's maiden IPL appearance as the 26-year-old, who was with the Kolkata Knight Riders, was sidelined due to a shoulder injury last season.

"I am excited to join the Delhi Capitals...there is no doubt this is going to be a massive learning experience for me," Nortje was quoted as saying in a media release.

The speedster, who made his Test debut last year against India, has featured in six red ball games, seven ODIs and three T20s for South Africa.

He was named Cricket South Africa's Newcomer of the Year for 2020 and will be joining compatriot Kagiso Rabada at Delhi Capitals, which is coached by former Australian captain Ricky Ponting.

Woakes was bought for Rs 1.5 crore by the Delhi Capitals at the IPL auction last year.

The all-rounder had pulled out of the tournament, when it was scheduled to begin in March to stay fresh for England's home Test summer.

The 13th edition of IPL was shifted out of India due to the COVID-19 pandemic.