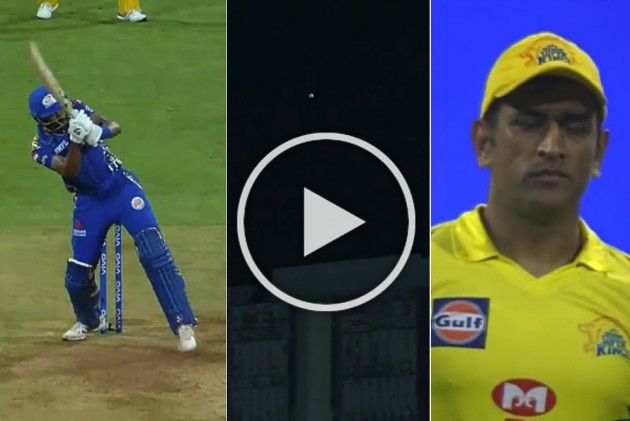 Not many have managed to execute MS Dhoni's Helicopter Shot. But during the Mumbai Indians (MI) vs Chennai Super Kings (CSK) match of the Indian Premier League (IPL) 2019 at the Wankhede Stadium on Wednesday, the India all-rounder Hardik Pandya not only hit a massive six using the shot, but seemed to have made the inventor jealous with his perfect execution.

After a bad start, Mumbai Indians were struggling to post 150 against the visitors. But a late flourish from Hardik and Kieron Pollard helped the hosts set a fighting target of 171 for the defending champions.

During his eight-ball knock, Hardik hit one four and three sixes. But the best of the lot was the one he hit against Dwayne Bravo, off the fourth ball of the last over. A yorker on the stumps and Hardik manufactured the shot Dhoni style it helicoptered and landed in the top-tier of the iconic stadium. And Dhoni seemed impressed with it.

Hardik, who returned to take three wickets including that of MS Dhoni, won the man of the match award.