Home  »  Website  »  Sports  »  IPL 2019 Eliminator, DC Vs SRH: Endless Drama As Amit Mishra Given Out For Obstructing The Field – WATCH

IPL 2019 Eliminator, DC Vs SRH: Endless Drama As Amit Mishra Given Out For Obstructing The Field – WATCH

Amit Mishra changed the track and ran in the middle of the pitch during the Eliminator match of the IPL 2019 between Delhi Capitals and SunRisers Hyderabad. He thus became the second player to be given out for obstructing the field in the IPL. 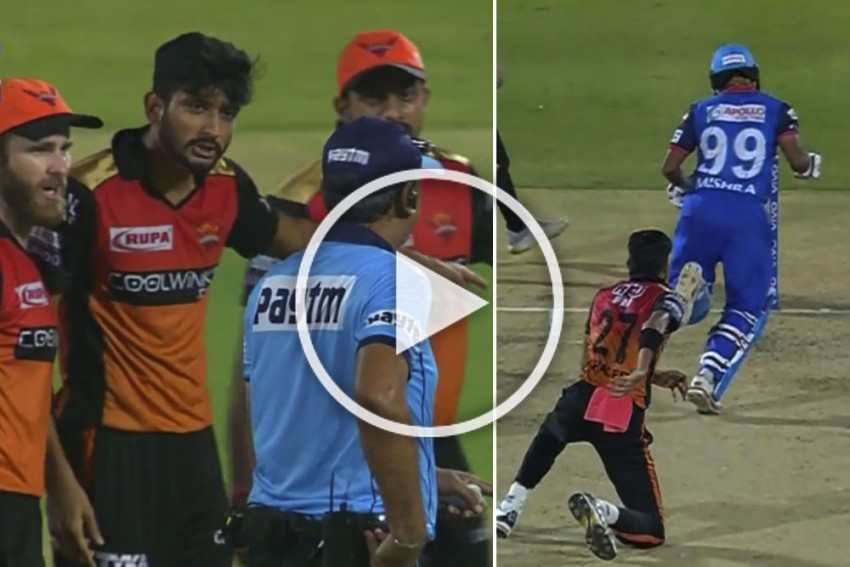 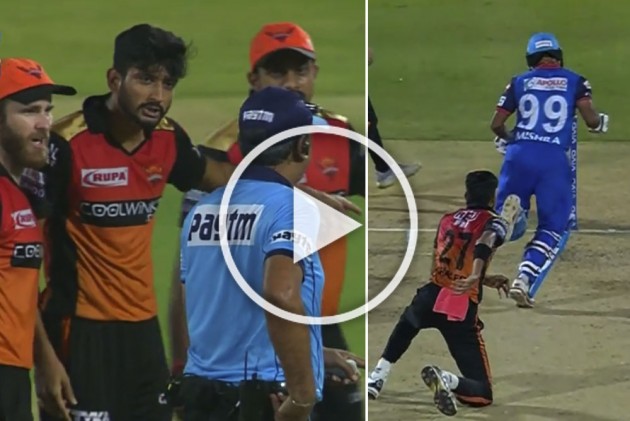 Amit Mishra on Wednesday became the second player to get out for obstructing the field during the Eliminator of the Indian Premier League (IPL) 2019 between Delhi Capitals (DC) and SunRisers Hyderabad (SRH) at Visakhapatnam.

Chasing a 163-run target, DC found themselves in a precarious situation in the final over of the match with falling in quick succession after Rishabh Pant hit 49 off 21. Endless drama folded as Delhi needed five from the last over but with seven wickets down.

In the last over, Mishra missed the fourth ball -- widish delivery -- and ran for a bye. Keen to block the wickets at the non-striker's end, he chose to obstruct the field by changing the track and running in the middle of the wicket.

11:19 PM IST: Khaleel Ahmed with the last over. A slower delivery to Amit Mishra, and a wide, well outside. A single down the third man. Three required from five. A dot to Keemo Paul. Then a single to mid-wicket. Two needed from three. One leg bye and the possibility of an out for field obstruction. Amit Mishra changes the track while running to block the throw. Seems like the umpires going for caught behind, not the obstruction. And the drama continues. These umpires.

But Mishra is the not the first player to be given for the field obstruction.

Yusuf Pathan, while playing for Kolkata Knight Riders against the Pune Warriors India in IPL 2013 kicked the ball, to rotate the strike.

Keemo Paul gave the final touches to the Pant blitzkrieg. The West Indian finished it off the penultimate ball of the innings with a boundary off Khaleel.

It was a sense of deja vu for Paul, who had similarly hit winning runs in a U-19 World Cup final in 2016 when Khaleel was the bowler in the final over.

Delhi Capital will take on defending champions Chennai Super Kings in the Qualifier 2 in their bid to make it to the maiden IPL final against Mumbai Indians.