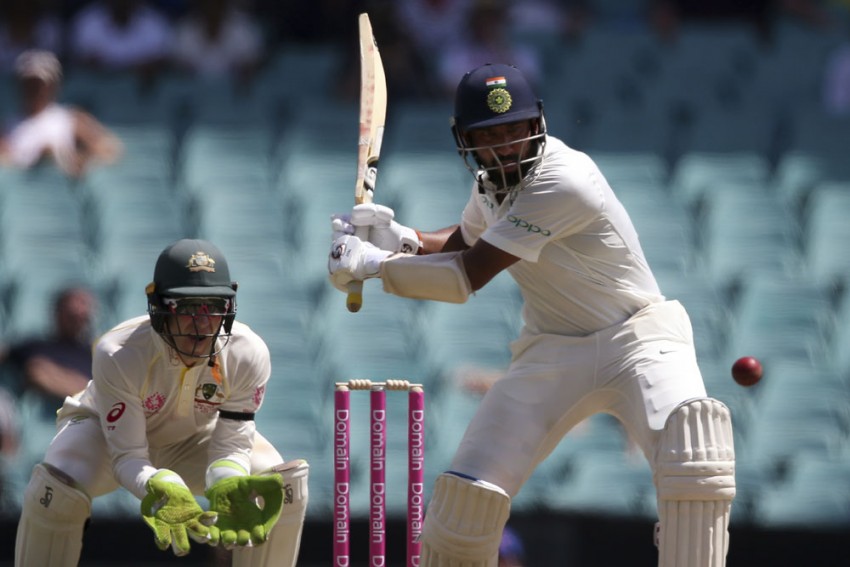 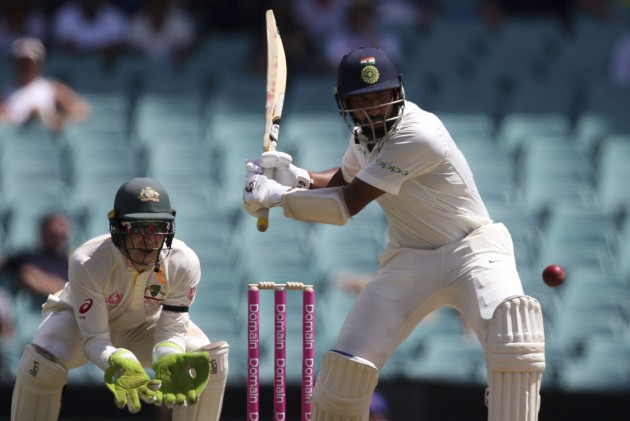 India lost the wicket of Hanuma Vihari at the stroke of the hour on Day 2 of the fourth and final Test against Australia, but Cheteshwar Pujara continued to push the score towards a big total at the Sydney Cricket Ground.

Resuming at the overnight score of 303/4 with Pujara and Pujara and Vihari on 130 and 39 runs respectively. The duo added 25 more runs to their stand before Vahari became the day's first victim, falling to Nathan Lyon in the 102nd over on Friday.

But Pujara, who went past 150-run mark a little while ago, continued to build India's innings with Rishabh Pant.

Yesterday, he played the anchor's role yet again with his third masterful hundred of the series, helping India dominate Australia.

Leading 2-1 after the 137-run win in the Melbourne Test, India made a strong start by ending at 303/4 in 90 overs on Thursday. Opener Mayank Agarwal was another solid performer, continuing his good form with a 77-run knock.

India are in pursuit of a maiden Test series triumph on Australian soil. Virat Kohli's men have already secured the Border-Gavaskar Trophy with their unassailable lead.

All Non-Televised I-League Matches To Be Streamed Live On Hotstar, Jio Tv