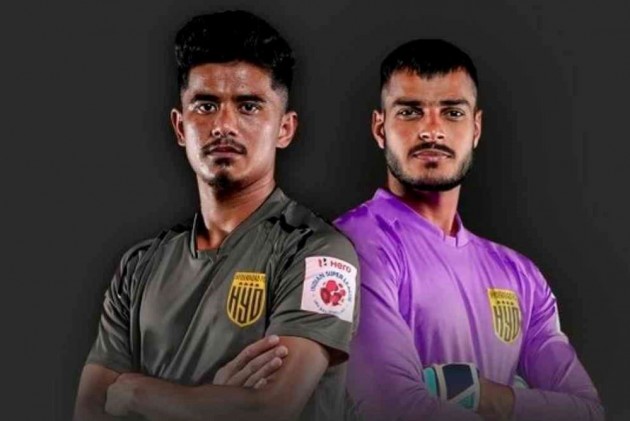 The duo who join from NorthEast United have each signed three-year contracts till the end of the 2023-24 season.

A center-back who can also fill in at right-back, Nim Dorjee hails from Sikkim and started his career with Shillong Lajong where he made 45 I-League appearances, gaining valuable experience at a young age.

Nim Dorjee, who has played for the Highlanders since 2019, already has 18 ISL appearances to his name to add to two caps for the India U19s.

"I am really excited to be a part of Hyderabad FC, a team which has good young and experienced players. The club has played top-quality football last season and I am delighted to be a part of the club's journey," said the 25-year-old after completing his move.

Twenty-one-year-old Gurmeet Singh is another promising youngster who will join Manolo Marquez's side for the upcoming campaign.

A talented goalkeeper, he has spent the last three seasons with NEUFC and will look to provide more competition for a place under the bar in the first team. He featured eight times for the Highlanders last season keeping two clean sheets.

"I am grateful to the club for providing me this opportunity. As a young player, seeing others my age flourish here makes this a really important project for me," said Gurmeet.

"It is a very important season for us at Hyderabad FC. We will look to build on the campaign last season and I am sure we as a team are ready for the challenges," he added.

The duo takes the number of young Indian arrivals at the club to five following Aniket Jadhav, Aaren D’Silva and Abdul Rabeeh, and Manolo Marquez believes these additions are important for the club in the upcoming season.

"Gurmeet is a good goalkeeper, and someone who can become one of the best in India soon. He is young but has experience, is quick with his movements in goal, trains hard, and wants to improve in every session.

"Nim Dorjee is a defender who can play as a center-back or as a full-back. He also has good positioning and played at a high-level last season," said Manolo.

"As a coach, you want youngsters like these, who can play in different positions which is really crucial for us this season," he added.