No team made as many heads turn as much as ATK. The former champions have signed plenty of top-notch foreign players and look possibly the strongest on paper, thereby posing a challenge to Kerala Blasters in Indian Super League 2019-20 season opener. 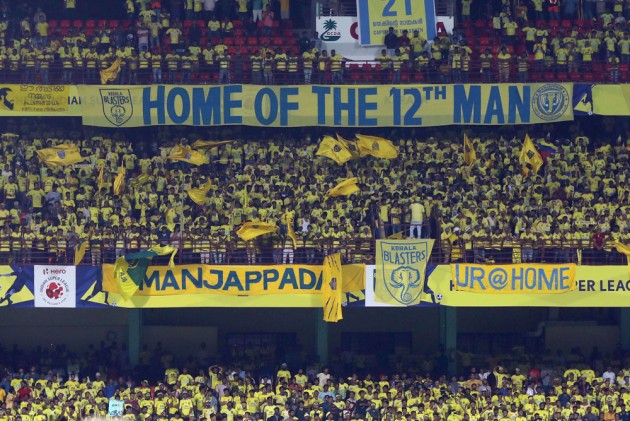 Holders Bengaluru FC enter as firm favourites but first up it will be ATK and Kerala Blasters as the Indian Super League kicks off amid much fanfare at Kochi, on Sunday.

The organisers are expecting plenty of twists and turns in the sixth season of the franchise-based event.

Defending champions Bengaluru and runners-up FC Goa, the two teams that stood out last season with their style of play, have managed to retain the core of their squads and should be the neutrals' choices to go all the way.

There is no denying Bengaluru and Goa are strong contenders, but all teams have made clever moves in the market and the stage has been set for the 2019-20 Hero ISL.

No team made as many heads turn as much as ATK. The former champions have signed plenty of top-notch foreign players and look possibly the strongest on paper.

Chennaiyin FC, who finished at the bottom of the pool, have given themselves a new look and appeared hugely competitive during pre-season friendlies.

Bengaluru have been able to identify areas that need improvement and have strengthened the team with two key signings - Ashique Kuruniyan and Raphael Augusto -- both of whom have starred for their former teams in previous seasons.

Add the talented Indian bunch consisting of Brandon Fernandes, Mandar Rao Dessai and Manvir Singh to the mix and they have a squad to go one step further than last season.

Last year saw 254 goals being scored by the 10 teams during the league stages and the upcoming season is set to be an even better goal-fest, with every team securing their attack with reputed goal scorers.

NorthEast United FC took many by surprise with the signing of Ghana international and former Sunderland striker Asamoah Gyan, who is as proven as there can be when it comes to scoring goals.

Kerala Blasters FC, who are on the back of two disappointing seasons, are banking on Bartholomew Ogbeche to solve their woes in front of goal. Only Goa's Ferran Corominas scored more goals than Ogbeche last season. Mumbai City FC have a prolific scorer in their ranks in Modou Sougou who will be expected to pick up from where he left off last season.

New entrants Hyderabad FC and Odisha FC have managed to assemble a competitive squad in a short span of time.

Hyderabad have experienced campaigners such as Marcelinho and Marko Stankovic who know the league well and Odisha have a bunch of talented Indian and foreign players with the likes of Marcos Tebar and Xisco Hernandez offering the necessary creative spark.

The season will also host a few of the finest tactical brains on the sidelines. NorthEast United have Robert Jarni at the helm, replacing Eelco Schattorie who has joined Kerala Blasters. ATK has welcomed back Antonio Habas under whom they lifted the trophy in 2014. Jamshedpur FC have roped in Spanish coach Antonio Iriondo who has more than 25 years of coaching experience in Spain.

The new season will also rekindle old rivalries and set up new ones, with key players of several teams having changed clubs in the summer. Former Jamshedpur duo Sergio Cidoncha and Mario Arques will be seen in Kerala colours, Brazilian Raphael Augusto has left Chennaiyin FC to sign for Bengaluru and Kerala's darling Anas Edathodika will take the field for rivals ATK.