PK Banerjee was suffering from respiratory problems due to pneumonia and had an underlying history of Parkinson's disease, dementia and heart problem. Banerjee, who was on life support at a hospital here since March 2, breathed his last at 12:40pm. 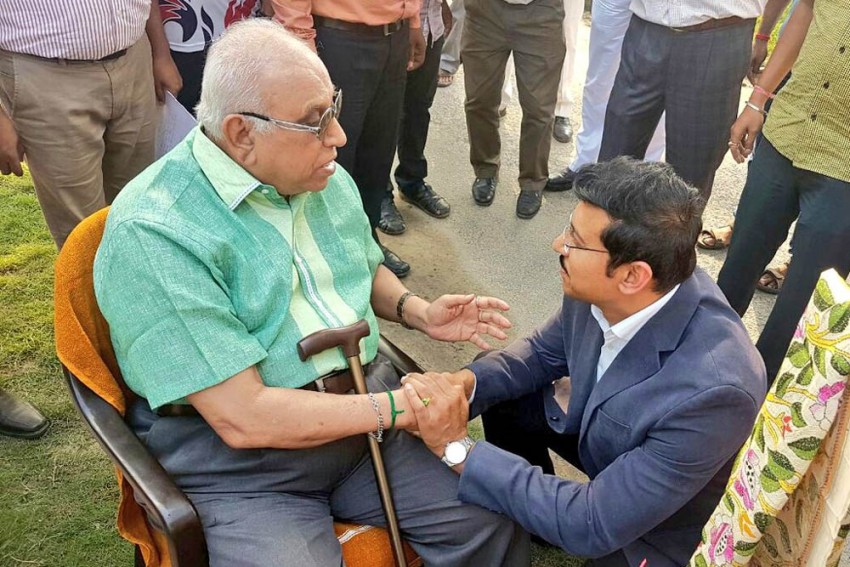 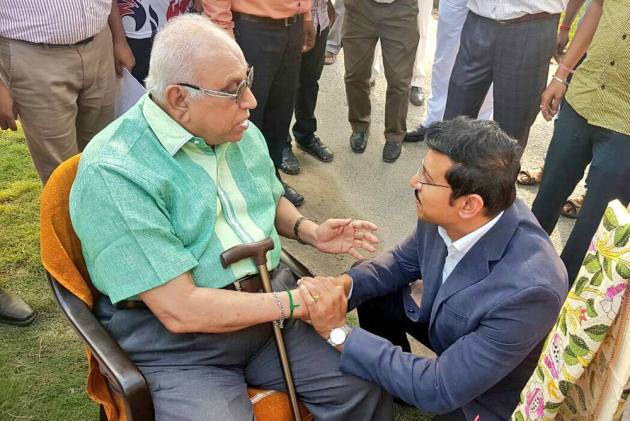 PK Banerjee, a footballing colossus of his time and a raconteur for life, died on Friday aged 83, having dribbled and dazzled for a good part of his mind-boggling 51 years of service to the game.

He was suffering from respiratory problems due to pneumonia and had an underlying history of Parkinson's disease, dementia and heart problem. Banerjee, who was on life support at a hospital here since March 2, breathed his last at 12:40pm.

He is survived by daughters Paula and Purna, who are renowned academicians, and younger brother Prasun Banerjee, a sitting Trinamool Congress MP.

Born on June 23, 1936 in Moynaguri on the outskirts of Jalpaiguri in West Bengal, Banerjee's family relocated to his uncle's place in Jamshedpur before partition.

The 1962 Asian Games gold-medallist's best days as a player coincided with Indian football's golden era. He scored 65 international goals in 84 appearances for the national team.

His contribution was duly recognised by FIFA which rated him as India's greatest player of the 20th century, bestowing him with the Centennial Order of Merit in 2004.

From his debut for Bihar in the Santosh Trophy as a 16-year-old in 1952 to a stint as Mohammedan Sporting coach 51 years later, Banerjee takes leave as one of India's greatest.

A member of the holy trinity, that also included Chuni Goswami and Tulsidas Balaram, Banerjee was the last surviving scorer of the 1962 Asiad gold-winning team.

Another one his bright moments with the national team was a fourth-place finish at the 1956 Melbourne Olympics, where India beat Australia 4-1.

In the final of the 1962 Asiad, India prevailed in front of a hostile crowd angered by chef de mission Guru Dutt Sondhi's remark that it was 'Jakarta Games', for barring countries like Taiwan and Israel.

Banerjee scored the opener in that game.

He was captain of the Indian team that last played the Olympics in Rome 1960.

He retired as a player in 1967 after being laid low by recurring injuries. But then went on accumulate a staggering 54 trophies as a coach.

He pulled off a heist as Mohun Bagan coach when they famously held New York Cosmos 2-2 in an exhibition match starring Pele in 1977.

The star of Indian football when the sport was at its peak, Banerjee never played for Mohun Bagan and East Bengal, representing Eastern Railways all his life.

"Chakri charle khabo ki (What will I eat, if I quit)," was Banerjee's famous answer to not playing for the 'Big Two'.

Having started off his Kolkata club career with little success at Aryan FC, Banerjee was rejected by Mohun Bagan after a "disastrous" exhibition match against the legendary T Aao-led Manipur.

In Aryan too, he was an "outcast" and then coach Dasu Mitra would shower him with the choicest of abuses, something, Banerjee said, had played a part in shaping his career.

"I was seriously thinking of leaving Kolkata and returning to Jamshedpur when Bagha Shome, one of the most respected coaches then, offered me a job in the Indian Railways and an opportunity to play for the Eastern Railway."

The rest, as they say, is history.

A FIFA-certified coach, Banerjee had a coaching career as illustrious as his playing one, beginning with Bata SC and Eastern Railway.

Having struck gold as a player, a young 35-year-old Banerjee was made a joint India coach with G M Basha, and they delivered a bronze at the Bangkok Asiad in 1970.

Within a year at the helm, Banerjee guided India to a joint triumph at the Singapore Pesta Sukan Cup in 1971.

East Bengal won five CFL titles on the trot under his tutelage.

He also delivered at Mohun Bagan, guiding them to a treble -- IFA Shield, Rovers Cup and Durand Cup -- in 1977.

He was coach of the Mohun Bagan that famously held the then Soviet Union team, Ararat Yerevan, in the 1978 IFA Shield final.

Back at East Bengal, Banerjee oversaw their famous 4-1 win over the arch-rivals in the 1997 Federation Cup semifinal.

Praful Patel, the President of the All India Football Federation, in his message said as a sign of respect said, “It’s sad to hear that Pradip-da, one of India’s Greatest Footballers, is no more. His contribution to Indian Football will never be forgotten. I share the grief.”

“He will stay synonymous with the golden generation of Indian Football. Pradip-da, you will remain alive in our hearts,” the AIFF President added.

Kushal Das, the General Secretary of the All India Football Federation said: “Mr. Pradip Kumar Banerjee will be alive in his achievements. He was a legendary footballer and someone who has been an inspiration to so many generations. May he Rest in Peace.”

“Post his retirement he scouted and coached a whole generation of Indian Footballers, both on the International, and domestic level. It’s a huge loss for Indian Football.”

Coronavirus: Self-Isolation Has Redefined Freedom For Me, Says Mary Kom