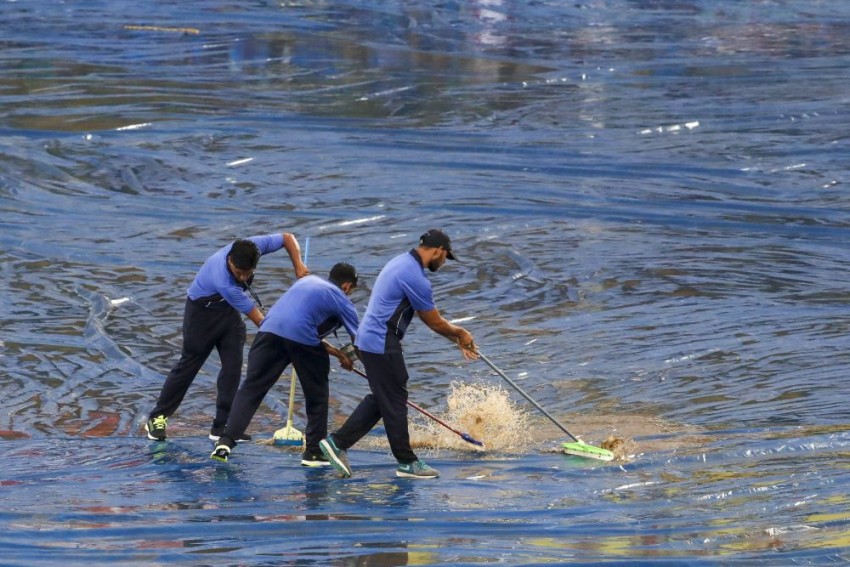 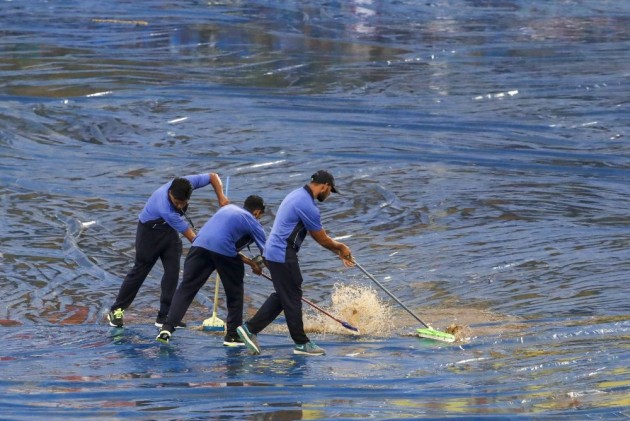 outlookindia.com
2019-09-15T20:09:31+05:30
The first T20 between India and South Africa in Dharamsala was called off without a ball being bowled. The second game of the three-match series will take place in Mohali on Wednesday (September 18). Get highlights of India vs South Africa, 1st T20 here (ASHES HIGHLIGHTS | CRICKET NEWS)

One of India's most consistent sportspersons, Pankaj Advani, on Sunday increased his tally of world titles to 22 by winning a fourth straight final in the 150-up format at the IBSF World Billiards Championship.

19:12 hrs IST: DID YOU KNOW? India have a 1-2 win-loss record in limited-overs series openers in Dharamsala.

Meanwhile, the rain in Dharamsala is heavier now.

18:32 hrs IST: The toss has been delayed. And there is a drizzle currently going on.

18:10 hrs IST: Will we have an on-time start? Looks tough. There are puddles formed on the areas which are not covered. We'll keep you posted!

18:00 hrs IST: It rained quite heavily for in the afternoon. The floodlights are on. There are still some dark clouds. But the rain has stopped for now.

17:41 hrs IST: Having been rested for the Caribbean tour, allrounder Hardik Pandya is set to slot back into the side. It remains to be seen whether KL Rahul or Shikhar Dhawan partners Rohit Sharma at the top.

Lance Klusener, SA's white-ball assistant batting coach - "Looking at the Indian team, that is an area we are going to take advantage of. They are great cricketers and we are not taking anything away from that and our focus will be on ourselves and little areas that we can take advantage and maybe that's one of them (on India's amateur bowling attack).

Virat Kohli, India captain - "Look, experience is always going to matter whether you like it or not. I mean there are a numerous number of times people have given up on sportsmen and they have proved people wrong and he (MS Dhoni) has done that many times in his career as well. So one great thing about him is that he thinks for India cricket. And whatever we think, he is on the same page. The alignment is there."

STAT ATTACK - In their limited T20I rivalry, South Africa boast of a 100% win record against India in India.

17:30 hrs IST: Hello and welcome to Outlook's live coverage of the first T20 International between India and South Africa.

Save Kohli, his deputy Rohit Sharma, all-rounder Hardik Pandya, pacers Jasprit Bumrah (rested for this series) and Bhuvneshwar Kumar, quite a few slots in playing XI and are up for grabs. (WEATHER REPORT)

Rishabh Pant, who couldn’t get a big score against West Indies, will be aiming for consistent shows.

Manish Pandey has been in and around for years now and despite the kind of quality he possesses, the Karnataka batsman hasn’t not inspired confidence in the chances he has got. So will it be Pandey at No. 4 or Delhi Capitals captain Shreyas Iyer, who was in fine form during the ODIs in West Indies?

The other aspect is the future of spin twins Yuzvendra Chahal and Kuldeep Yadav, at least in T20s.

Rajasthan leg-spinner Rahul Chahar is billed as one for the future. With all-rounder Krunal Pandya also shaping up well and Ravindra Jadeja's experience coming in handy, where does it leave the much in demand wrist spin duo?

Also, there is Navdeep Saini with raw pace and Khaleel Ahmed bringing in the left-arm variety.

For the Quinton de Kock-led South Africa, a good spell from Kagiso Rabada or a fiery knock from David Miller could pose challenge for India, while Temba Bavuma and Anrich Nortje will be looking to prove their T20 credentials.