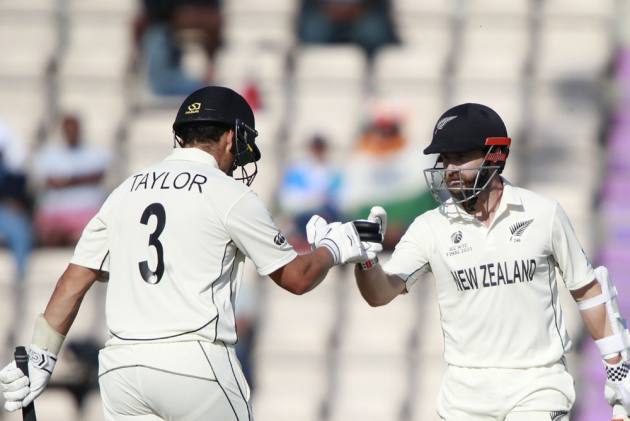 India came close to winning the inaugural ICC World Test Championship but their batting failures in swinging conditions proved costly as New Zealand chased down a target of 139 runs on 'reserve' Day 6 in Southampton Wednesday. With the fickle English weather having its say, the finale at Rose Bowl witnessed frequent stoppages and two days of inaction. But still, a result was achieved to vindicate the ICC and their decision to host the match in England. India resumed the day at 64 for two but none of the batsmen could play long innings as they were all out for 170. Kiwis, needing 120 more runs in the final session, lost two wickets of Tom Latham (9) and Devon Conway (19) to Ravichandran Ashwin. Then skipper Kane Williamson (52) and veteran Ross Taylor (49) thwarted the Indian attack with a match-winning 96-run stand. It sure was the crowning moment for Williamson and his men, who continue to win hearts with their fearless but humble approach to the game. The win also will assuage the heartbreak of losing the 2019 ODI Word Cup final to England in controversial circumstances. For India, it was a lost opportunity to become the first team to win all ICC-sanctioned tournaments. On this day in 2013, India won the Champions Trophy to make it a treble, after lifting the ODI World Cup twice in 1983 and 2011, T20 World Cup in 2007. This is the first major trophy for New Zealand after their Champions Trophy win in 2000. In that final too, the Black Caps defeated India, by four wickets in Nairobi. Catch highlights and scores of the IND vs NZ Test match here:

5:41 PM IST: Players are back for the post-lunch session.

5:03 PM IST: Lunch! New Zealand dominated the first session. Three wickets, including that of Virat Kohli. But India still have Rishabh Pant and Ravindra Jadeja in the middle. And they have taken a lead of 98 runs. 73 more overs left in the day.

2:55 PM IST: No signs of rain and 98 overs of play on Day 6. Whichever side wins the first session, will go the kill.