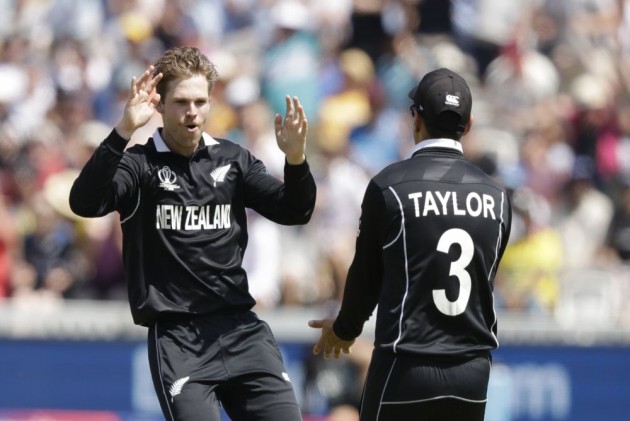 New Zealand fast bowler Lockie Ferguson on Sunday said his team is happy to go into the ICC Cricket World Cup 2019 semi-final against India as underdogs as that's a position they "like to be in". (FULL COVERAGE)

The 2015 runners-up sneaked into the semifinals of the World Cup as the fourth team on the basis of net run-rate, having lost their last three league games -- against Pakistan, Australia and England.

Set to face table-toppers and favourites India in the first semi-final on Tuesday, Ferguson said the Black Caps do not mind people talking down about their chances.

ALSO READ: India Are Lucky To Have Rohit, Bumrah At Their Disposal: Srikkanth

"It's an interesting one. I guess in World Cups obviously big games get pumped up and where we stand is the fourth going into the semi-finals so naturally I guess they back India," Ferguson told reporters.

"But as New Zealanders we are often the underdogs and I guess that's a position we like to be in and it's knockout cricket now, so it's all on Tuesday and the better team will go through," he added.

He said the Kiwis would like to be the scrappers.

"As a team, we definitely want to be the scrappers, guys that scrap for wins, not always will we win pretty.

"But in a way we kind of pride ourselves on the ability to come back from tough situations and scrap our way and give ourselves an opportunity to win," the pacer said.

Ferguson, who missed the last league game against England due to a hamstring injury, is hopeful of making a comeback to the playing eleven against India.

"There was definitely some tightness particularly the day before the game. The scans came back, it was nothing too serious so a few days off.

"Hopefully I'll get out today and have a run around and everything will be good," said Ferguson.