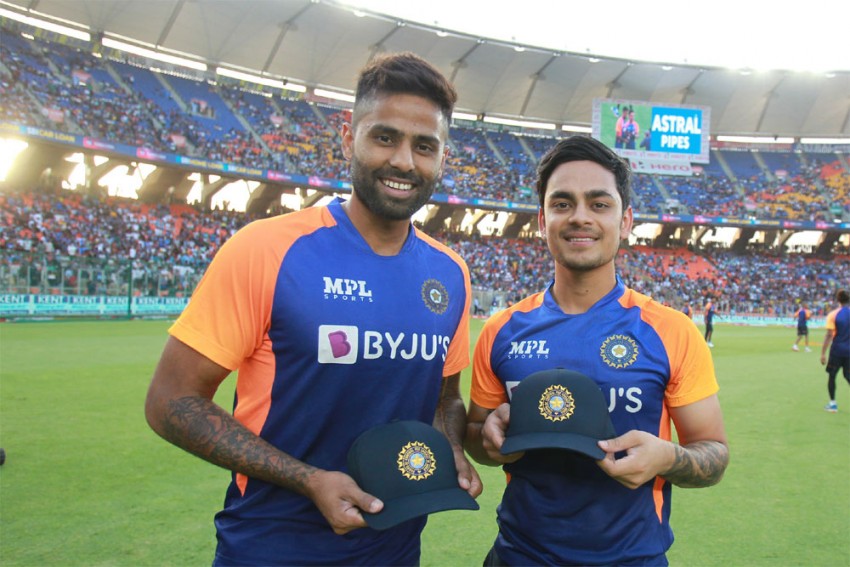 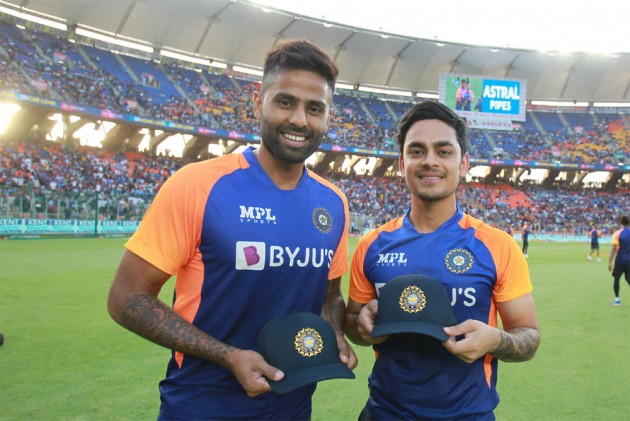 Indian cricket never had it so good. (More Cricket News)

If the Australian summer was the stuff of dreams, the Indian 'spring' brought about hopes of a bright future after one of the most dominant performances against a quality England side over two eventful months of international cricket.

It's not that Indian teams of the past haven't had great scorelines against English sides but this batch of talented men, under Virat Kohli, has looked more intimidating with its relentless attacking mindset.

The shining stars once again shone brightly but a few who have made real statements include Mumbai's Shardul Thakur, who, in the coming days, could be the all-rounder Indian team requires on foreign shores with his incisive swing bowling and powerful batting built around decent technique.

Think about options and Shardul as a seam bowling all-rounder alongside Ishant Sharma, Jasprit Bumrah and Mohammed Shami could be as valuable as a Hardik Pandya.

If Shardul becomes an all-format seam bowling all-rounder, then Washington Sundar, a specialist batsman, can give multiple options across formats including opening the batting or bowling and then chipping in with a wicket or two with his fast off-breaks. 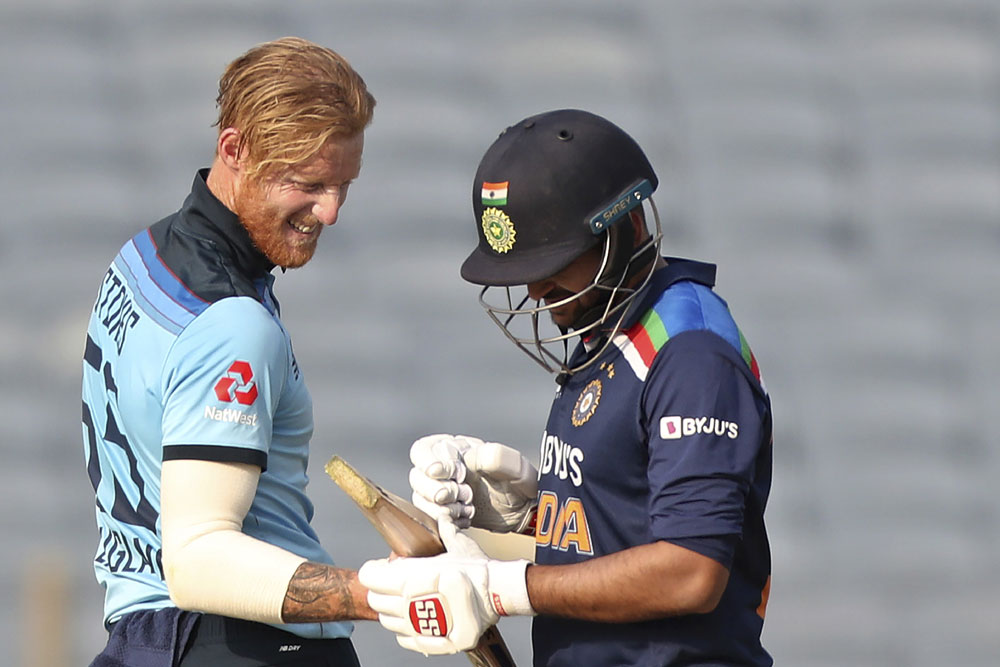 Shradul Thakur, seen here with Ben Stokes, was a revelation with the bat too. Photo - AP

People waited for Suryakumar Yadav's debut and the player, perhaps, waited even more. When it happened, the Almighty conjured to help the Mumbai maverick write the most brilliant prologue of what would be a "lovely book to read" in the coming days.

Firstly, ensuring a spot in the World Test Championship final was non-negotiable and despite the blip in the Chepauk opener, India were ruthless in their approach, cooking the English goose with Ravichandran Ashwin and Axar Patel.

The second goal was to check out the core group of players who will be travelling to England to play six Test matches, including the WTC final against New Zealand, followed by five Tests against the home team.

During the five matches in the shortest format, the third aspect was exploring various combinations before the T20 World Cup in October.

The fourth and final point in the check-list was to try out extra options during the ODI series.

It goes without saying that the Indian team management were able to tick all the boxes and as Ian Chappell pointed out, this team has the ability to match the great West Indies side of the 1970s or the Australians in the 90s to mid 2000.

If Australia provided a trailer of what India's bench strength is, the England assignment was like a 70mm feature film that left the audience in awe of the reserve players.

A player like Ravindra Jadeja wasn't missed as Axar Patel, in his first series, looked like a veteran of 50 Tests, who was ready to play havoc with the minds of English batsmen. 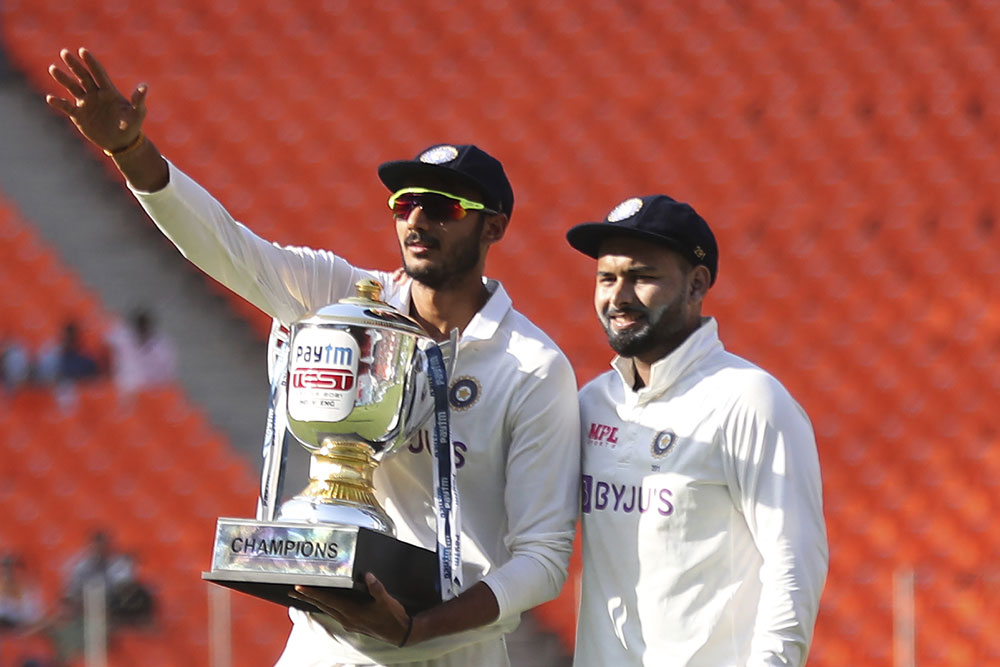 He bowled straight under-cutters and they played for turn. He got the ball to turn but they played for the straight ball. The result was 27 wickets in three Test matches as he matched the magician Ravichandran Ashwin, strike for strike.

And come to think of it, when India step out in Southampton for the World Test Championship final on June 18, Axar is unlikely to feature if Ravindra Jadeja doesn't sustain another injury.

In the batting department, Shubman Gill, after a promising Australia series, didn't have the best of times against England but that will be the least of concerns for Kohli.

The team believes in Gill's match-winning abilities but in case he doesn't fire, there is KL Rahul and Prithvi Shaw in the mix to partner the peerless Rohit Sharma, whose 160-odd in the second Test was one of the finest knocks on a track that offered significant turn.

If Australian tour witnessed the re-emergence of Rishabh Pant as a formidable match-winner, the England home series saw him stamp his authority as he blended solid defence into his wide range of strokes.

This was one such series where he never looked like getting out until he committed an unforced error.

Pant's big-hitting is already on its way to become the stuff of legends but what stood out was his defensive game in the fourth Test in Ahmedabad, where he completely changed his game to suit the team's needs.

It's a pity that Wriddhiman Saha's decent international career on either side will be flanked by two special players, MS Dhoni and Rishabh Pant, who were simply better than him in terms of winning games for India.

But imagine that India's reserve Test wicketkeeper is Wriddhiman, who many believe is the world's best stumper.

If that's difficult to fathom, then any opposition team's eyes would pop out if they see that Pant's replacement in the T20 Internationals could be an Ishan Kishan, who can hit even bigger sixes and keep decently.

India's T20 team has options in all departments -- Rahul, Rohit and now skipper Kohli as openers. If Shreyas Iyer gets fit in time, he and Surya will be slogging it out and so will be Kishan, who is good but comes in the pecking order after Pant.

In bowling, Bumrah, Bhuvneshwar and Shardul are fixed entities for the time being and Deepak Chahar, who had a six-wicket match haul before the COVID-19 is no longer a certainty as T Natarajan, with his yorkers, come into the picture along with Prasidh Krishna's searing pace.

It's been a great four months but the best is yet to come.