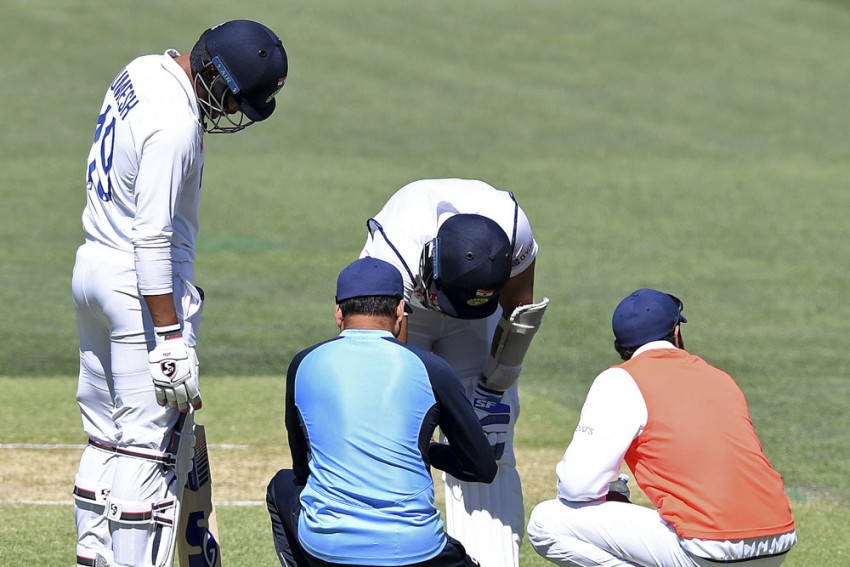 Chappell, one of the finest experts of the game, rejected banning bouncers altogether but had talked about strengthening laws regarding the protection of lower-order batsmen in the light of a series of blows to head and concussion-related incidents.
But Smith does not agree with the suggestion.

"It seems like Ian Chappell has an outlandish statement after every match at the moment," Smith told 'SEN Mornings'.

"From my point of view, short balls are part of the game. We've seen over the years there’s been some really good battles and I don't think it should be outlawed at all."

Smith insisted he has no issue with the quicks bowling short to lower order batsmen.

The run-up to the Test series between India and Australia was marred by a series of blows to head and concussion-related substitutes, reviving the debate around the use of bouncers by fast bowlers.

While rejecting a complete ban, Chappell had said that time was ripe for a worldwide review into on-field safety and strengthen laws regarding the protection of tailenders in facing short-pitched bowling.

Chappell, a former Australia captain, had earlier suggested switch-hitting, a skill that some of the Australians played well, was an "unfair" tactic.