The 32-year-old will lead Australia in the upcoming limited-overs series in India starting February 24 where they would play two T20 Internationals and five ODIs to fine tune their preparation for the ICC World Cup. 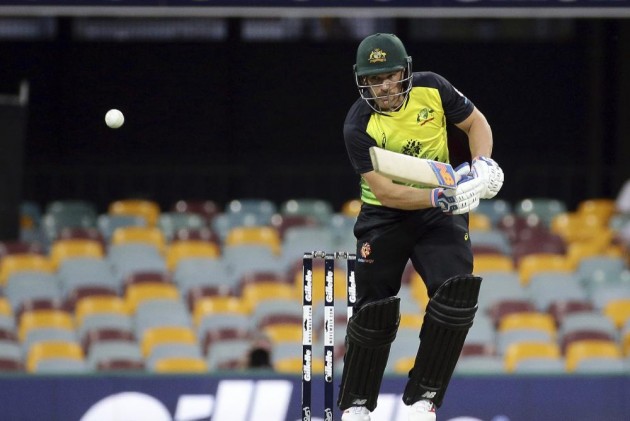 Australia captain Aaron Finch has warned his fellow Aussies ahead of the India tour saying Men in Blue are best in One-Day International (ODI) cricket.

Finch, 32, will lead Australia in the upcoming limited-overs series in India starting February 24 where they would play two T20 Internationals apart from five ODIs to fine tune their preparation for the ICC World Cup.

After enduring a listless outing against India when Virat Kohli & Co were in Australia, Finch led his Big Bash League (BBL) side Melbourne Renegades to their maiden title in the domestic T20 tournament.

Is The Team Picked To Play Australia In Last 3 ODIs The World Cup Squad?

But the right-handed batsman feels that that triumph holds little value when one is up against a formidable Indian team, in an away series.

"I don't think you need anything to put a pep in your step when you're going on an Aussie tour, particularly to India," Finch was quoted as saying by official Cricket Australia website cricket.com.au.

Renegades beat their crosstown rivals Stars by 13 runs in the BBL final on Sunday.

Talking about the challenge they will face in India, the top-order batsman said they can't afford to lose focus.

"If you are slightly off the mark, you are going to get hurt. They (India) are the best side in one-day cricket in their own conditions, I think. So you've got to go there full of confidence and have a real clear game plan," he said.

Finch went through an eventful summer. He was appointed Australia's ODI captain in a World Cup year, before making his long-awaited Test debut.

But he has since been dropped from the Test squad after failing to fire, and has not been as destructive as usual in the shorter form of the game.

He made just 13 in the BBL final on Sunday with a bizarre dismissal, when Cameron White's straight drive deflected off bowler Jackson Bird's boot to hit the stumps, with Finch stranded outside his crease.

Finch stormed off and smashed a plastic chair with his bat in the tunnel and escaped a fine for the incident though he was reprimanded for level 1 breach of CA's Code of Conduct for equipment abuse.

"It just about sums up my summer," he said.

"It's a tough one. You're looking to score, you're looking to rotate the strike early but it happens. I felt like I was hitting the ball really nicely... just not for long enough," Finch said.