After registering a comprehensive seven-wicket win over South Africa in the Mohali T20, Virat Kohli's Indian cricket team will be aiming for a 2-0 scoreline at the M Chinnaswamy Stadium, Bengaluru. 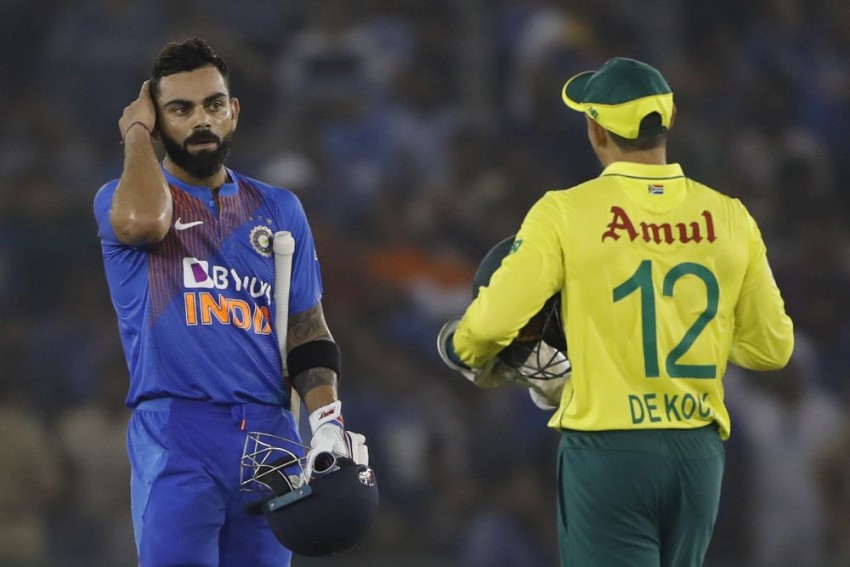 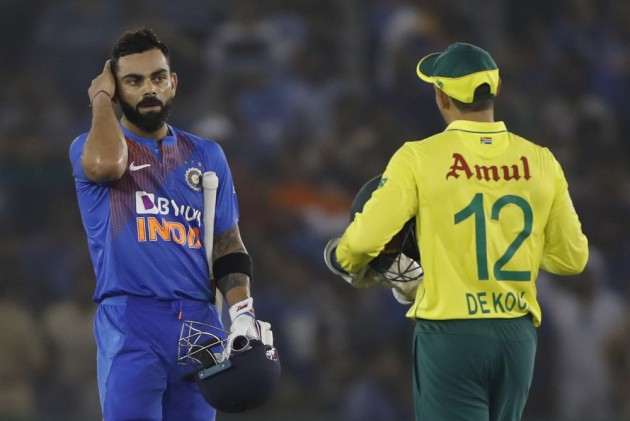 The comprehensive seven-wicket victory in the second game, which was built on the back of a fine comeback by the bowlers and a Kohli masterclass, is history now and the team is looking for another commanding performance before the Test series gets underway.

The opener in Dharamsala was a washout.

Against a fairly new-look South African side that seems to lack the resources required to counter the home team’s firepower, India will surely fancy their chances of an encore, at the M Chinnaswamy Stadium.

Embattled wicketkeeper-batsman Pant could not deliver in the last match and as he continues to struggle with the bat, he remains under scrutiny.

Pant has divided opinions -- many questioned his temperament, shot-selection and the resultant slump in form -- while others refused to be harsh on him considering the talent that he possesses.

The 21-year-old could be boosted by words of encouragement from legends such as Sunil Gavaskar, who has also stated that the time has come for India to look beyond Mahendra Singh Dhoni, with little more than a year left for the T20 World Cup in Australia.

But the Pant sub-plot is unlikely to significantly impact the Indians’ prospects in the final game of what effectively became a two-match affair after the washout in the hill town.

The South Africans had no answer to Kohli’s batting at Mohali’s IS Bindra Stadium in the second T20I, and with the next game being hosted at a ground where he is too familiar with, the Indian captain will be eyeing another good outing.

But before Kohli, his deputy Rohit Sharma and Shikhar Dhawan will be standing up to the Kagiso Rabada-led pace attack with optimism, the size of the ground only aiding stroke-makers like the two openers.

The terrific Indian trio could again be a thorn in the Proteas’ flesh, with Rohit especially looking to make up after failing to translate his start into a big knock in Mohali.

While Pant will be hoping for a reversal in his fortunes, India have the likes of the extremely talented Shreyas Iyer in their middle-order, followed by Hardik Pandya and Ravindra Jadeja.

The Indian team management may have taken heart from the fact that pacers such as Deepak Chahar and Navdeep Saini put their hands up in the absence of regulars Jasprit Bumrah and Bhuvneshwar Kumar.

They may not have years of international experience behind them but the likes of Washington Sundar, Chahar and Saini showed that they can challenge the South Africans.

New captain Quinton de Kock will again have to shoulder the bulk of responsibility with the bat and he will hope for support from the likes of David Miller and Reeza Hendricks.

De Kock might have to change the manner in which he handled his bowlers in the second match, introducing his spinners late in the innings despite the Indians easily tackling his fast bowlers.

'One Of My Worst Experiences' - Here's Why Faf Du Plessis, Cricket South Africa Test Captain, Is A Frustrated Man