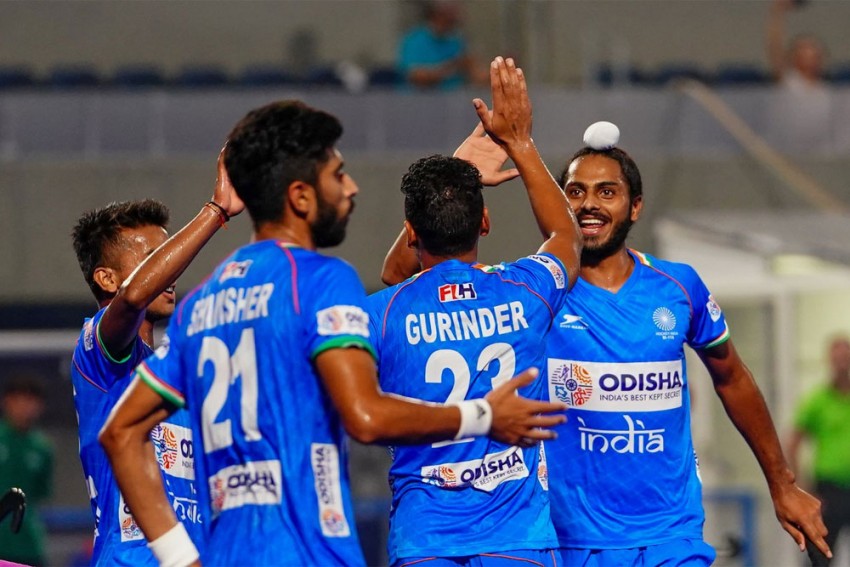 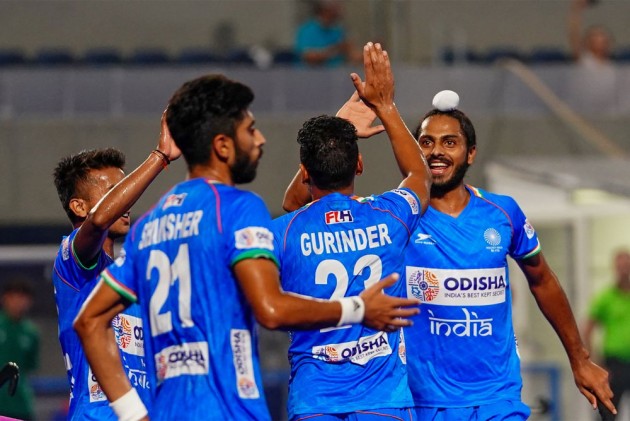 A brace each from Mandeep Singh and Gursahibjit Singh helped the Indian men's hockey team thrash Malaysia 6-0 in their opening encounter of the Olympic Test event here on Saturday.

Gurinder Singh and SV Sunil were the other players to register their names on the score-sheet.

Indians had the upper hand in the first quarter as the experienced Sunil, Mandeep and Gursahibjit, all created chances inside the first 10 minutes.

It was in the eighth minute that India earned their first penalty corner of the match, which was converted by Gurinder to give his side the lead. The following minutes saw India dominate their fellow Asian opponents, and win as many as four penalty corners through some great attacking play.

The start of the second quarter saw India continue from where they left off, scoring in the 18th minute through forward Gursahibjit, who was found inside the striking circle by Gurjant Singh, to make it 2-0.

World No. 12 Malaysia also forced Indian goalkeeper Suraj Karkera to make a couple of fine saves but could not pull a goal back before the half-time break.

India continued to attack Malaysia at the start of the third quarter, and it was vice-captain Mandeep, who registered his name on the score-sheet in the 33rd minute, after Jaskaran Singh set him up well through some creative play.

In the last quarter, India put more pressure on their opponents and scored three more goals. In the 46th minute Mandeep scored his second goal of the match as India attacked Malaysia on the counter.

A Malaysian penalty corner was well-defended by the World No. 5 team, and converted into an attack which was finished off by Mandeep to make it 4-0.

The fifth and sixth goals came in the 56th and 60th minutes as Gursahibjit and Sunil scored respectively.

For Gursahibjit's second goal, it was Harmanpreet Singh who intercepted a Malaysian pass, and provided an assist to the forward to make it 5-0. While Sunil, who was making a comeback into the side, rounded off with a wonderful finish with just seconds remaining on the clock.

India will face World No. 8 New Zealand on Sunday.