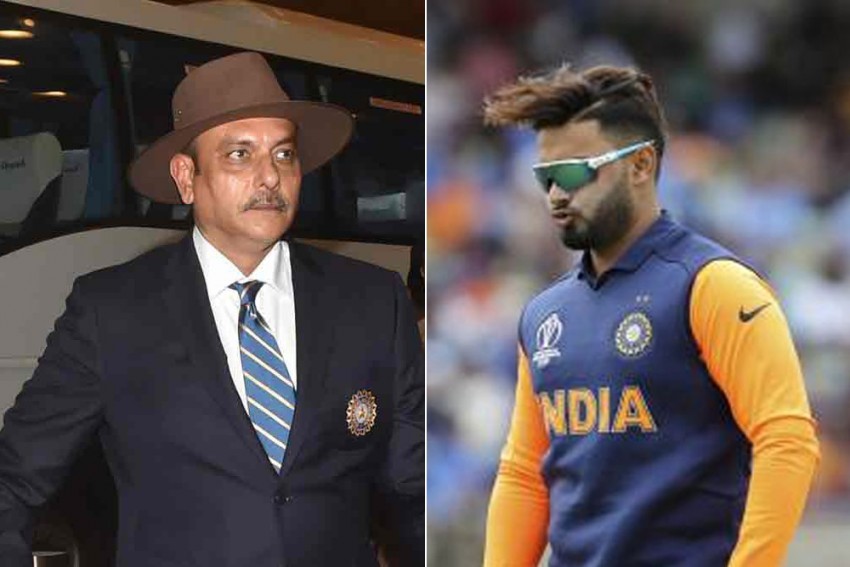 Shastri said Pant has unquestionable talent but if he can sort out his shot-selection and decision-making, he will be unstoppable.
Outlook Web Bureau September 16, 2019 00:00 IST India Head Coach Ravi Shastri Warns Rishabh Pant Not To Play Rash Shots Again In Stern Message 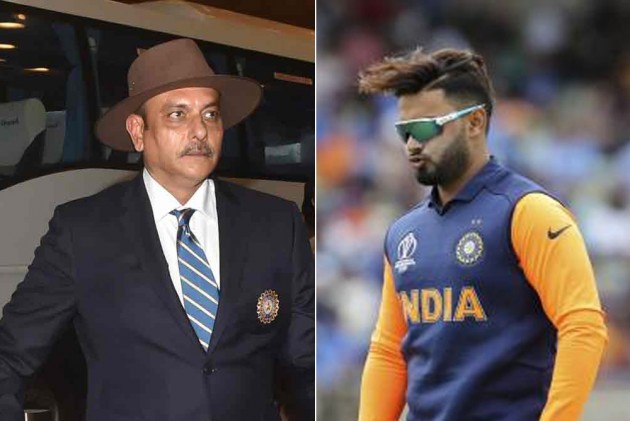 Rishabh Pant is the proverbial problem child of Indian cricket. Showered with all the talents in the world, the not-so-young wicket-keeper batsman continues to make everyone around him go crazy with his every careless shot. And as India go into a home series against South Africa, head coach Ravi Shastri has finally decided to make a public statement about the talented cricketer and used the opportunity to warn the flambouyant cricketer.

In an interview with Star Sports, Shastri made it clear that Pant will be "rapped on the knuckles" if he keeps on playing rash shots like the one he did against the West Indies recently, Shastri said We'll let him be but at times when you see a shot, like the first ball dismissal in Trinidad, if he repeats that, then he will be told. There will be a rap on the knuckles, talent or no talent."

The former India all-rounder is not the one to mince words and he shot straight, saying wicketkeeper-batsman has let the team down during India's recent tour of the West Indies where he was dismissed first ball in an ODI game.

"As simple as that. Because you are letting the team down, forget letting yourselves down. In a situation where you have the captain at the other end, a target to chase, the need of the hour is sensible cricket," Shastri added.

Shastri said Pant has unquestionable talent but if he can sort out his shot-selection and decision-making, he will be unstoppable.

"No one will even think of changing his style. Like Virat said, reading the situation, match-awareness and shot-selection becomes crucial. If he can fathom that, he could be unstoppable.

"It could take one game, it could take four games. He has played so much IPL cricket, he will learn. It's time now for him to step up and show how devastating he can be," Shastri said with captain Virat Kohli by his side.

Kohli, on his part, said he wants Pant to play according to situations.

"The only expectation from Rishabh is that he read situations well," Kohli said.

"We don’t expect him to play the way you might be thinking. It is about analysing a situation and dealing with it in your own way."

The captain said he expects a swashbuckling player like Pant to keep it simple.

"Someone like Rishabh will hit five boundaries in a difficult situation compared to me, who likes to take a single or twos and get out of it.

"Everyone has their own game but reading the situation and decision-making is an expectation from everyone in the team, not just Rishabh," Kohli said.

Meanwhile, the first Twenty20 International between India and South Africa in Dharamsala was washed out on Sunday.