India First: Not In Favour Of Playing Any Cricket Against Pakistan, Says Sreesanth 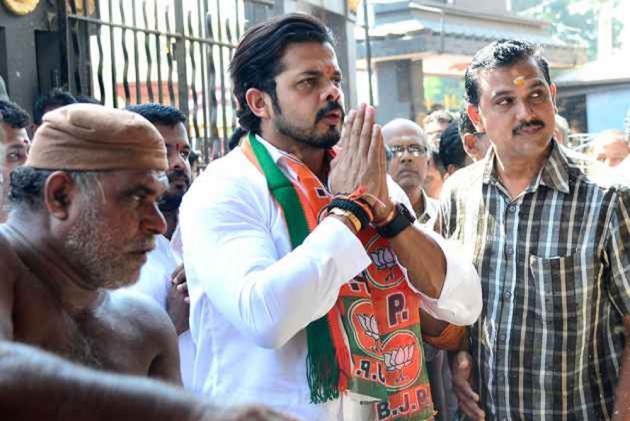 Out of favour India pacer, Shanthakumaran Nair Sreesanth has joined the chorus in criticising Shoaib Akhtar's proposal of having an India-Pakistan bilateral series to raise funds in the fight against the ongoing coronavirus crisis, saying nothing can happen between the two hostile nations until relationships improve.

"We are not in good terms with Pakistan so, India first and health first. Personally, I am not in favour of playing any match against Pakistan unless the relations between the two countries improve,' said Sreesanth during an Instagram Live.

Sreesanth has not played for India since 2011. The 37-year old was part of India's World Cup final against Sri Lanka. He was allegedly involved in the spot-fixing scandal that rocked the 2013 edition of the Indian Premier League.

Akhtar's suggestion has not gone down well with many including the legendary Sunil Gavaskar.

Former captain Gavaskar had said: "There are more chances of snowfall in Lahore than bilateral series between India and Pakistan."

"Both teams will keep on meeting in World Cups and ICC tournaments, but a series between them seem unlikely right now," Gavaskar had told former Pakistan cricketer Ramiz Raza on his YouTube channel.

Akhtar took note of this comment from Gavaskar and wrote on his Twitter handle: "Well Sunny Bhai, we did have a snowfall in Lahore last year. So nothing is impossible."

"I enjoyed the one I did with Ramiz Raja as we get along very well but what I enjoyed even more was Shoiab Akhtar's superb comeback about my snowfall in Lahore comment. A fast bowler with a sense of humour. Wow, love that!"