India crashed out of the Cricket World Cup after a semifinal defeat Vs New Zealand at Old Trafford. The Committee of Administrators are set to meet Virat Kohli and Ravi Shastri to evaluate the side's performance. 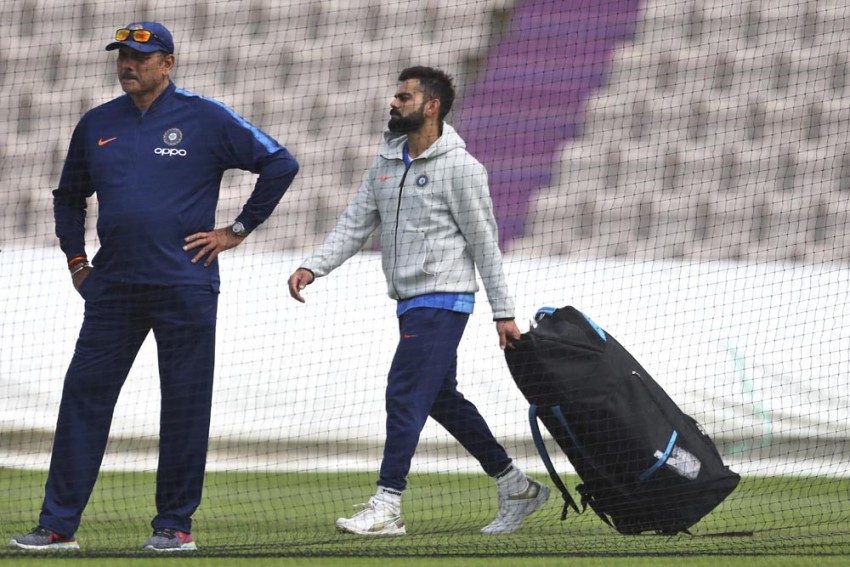 The main agenda of the meeting will be about selections made for big events.
AP
Outlook Web Bureau July 12, 2019 00:00 IST India Captain Virat Kohli, Ravi Shastri Set To Have Cricket World Cup Review Meeting With CoA 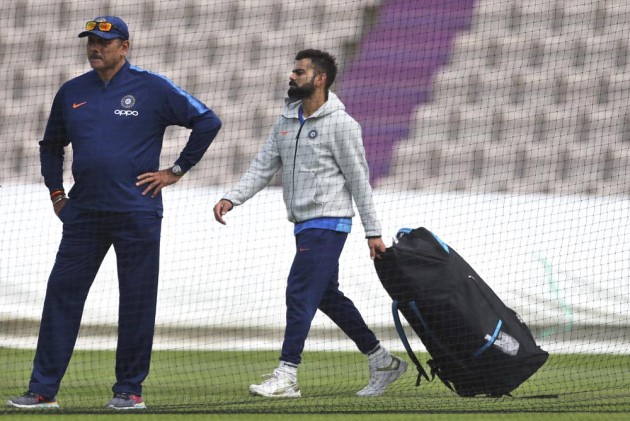 Appointed by the Supreme Court, the Committee of Administrators (CoA) will review India's performance in the Cricket World Cup, where they faced a semifinal knockout at the hands of New Zealand in Old Trafford. The body is set to meet captain Virat Kohli and head coach Ravi Shastri.

The main agenda of the meeting will be about selections made for big events.

Led by Vinod Rai, Diana Edulji and Lt Gen (Retd) Ravi Thodge, the CoA will also have a meeting with MSK Prasad (chairman of selectors) on a roadmap for the national team's next year's T20 World Cup in Australia. It is being rumored that Prasad will be asked to show more assertiveness in selection meetings.

Rai told PTI, "We will certainly have a review meeting once the coach and the captain are back from their breaks. I will not put a date and time but we will speak to them. Also we will speak to selection committee head on road ahead."

The Men in Blue will depart England on July 14.

The CoA also want to know as to why was Dhoni sent in at number seven after India were 5-3 against New Zealand in the semis, who had set a 240 target. It is being speculated that batting coach Sanjay Bangar had made the decision. Bangar is currently under fire.

It is being reported that a discussion regarding Ambati Rayudu will be talked up during the review. Rayudu retired after not making it to the squad, even after injuries to Shikhar Dhawan and Vijay Shankar. He was a standby in the roster.

The CoA also want to know why was Rayudu used in the final series at home Vs Australia before the global showpiece event.

The committee also want to reevaluate Dinesh Karthik's position in the side, as including him it makes three wicketkeepers in the setup. The other wicketkeepers are MS Dhoni and Rishabh Pant.

Karthik has been experiencing bad form for quite sometime.