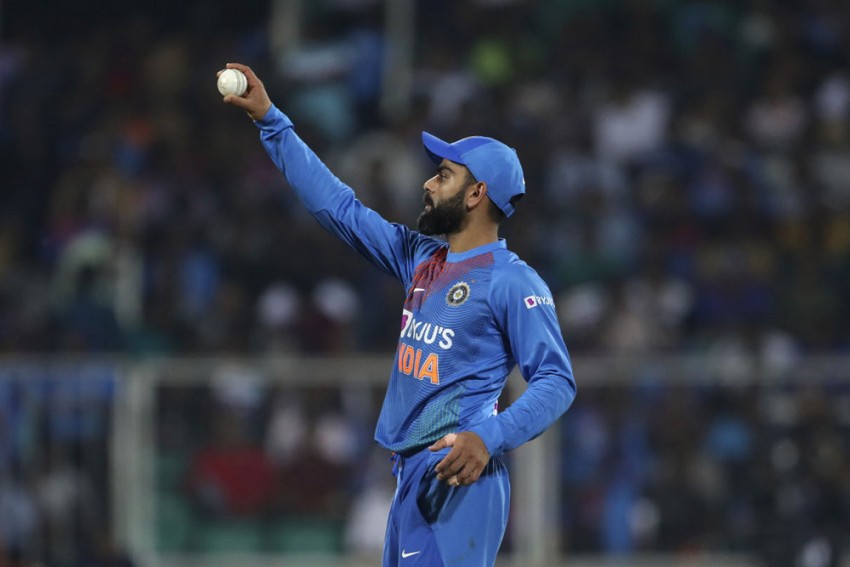 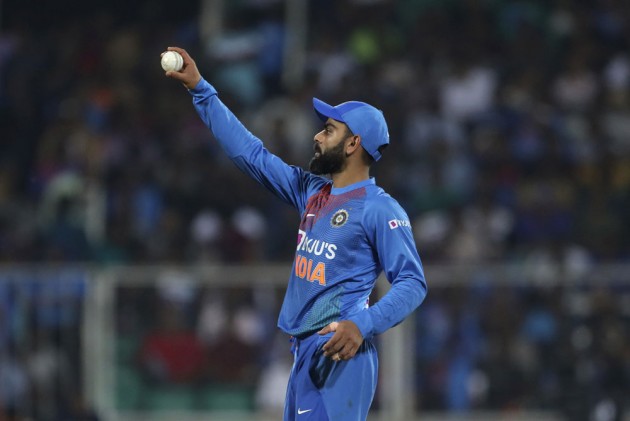 After losing the second T20I match against the West Indies at Thiruvananthapuram on Sunday, India captain Virat Kohli laid down a firm marker on his teammates to focus on finals overs, especially while batting first.

A below-par batting performance in the final four overs cost India dearly as they lost another T20 International while batting first, this time against the West Indies.

"Numbers say a lot of things. They can say a lot of things that aren't there as well. I think we were good for the first 16 overs while batting when we were 140 for 4. But then in the last four overs, we should have got 40 to 45 runs and we got only thirty. We need to focus on that," Kohli said at the post-match presentation ceremony.

The West Indies won the match by eight wickets after India managed only 170 for 7 in 20 overs after being put in to bat. India have lost seven out of the last 15 T20I games where they have batted first.

In fact, India scored only 38 runs in the last five overs after Shivam Dube's 54 off 30 balls provided a platform for the final assault.

But the skipper hailed Shivam Dube's knock and admitted that the visitors deserved to win the match.

"Shivam's knock helped us reach 170. To be honest, West Indies bowled cutters and their change of pace did not help us. They read the pitch better than us. West Indies played a very good game and they deserved to win," the skipper admitted.

While fielding, Washington Sundar at mid-off and Rishabh Pant behind the stumps dropped catches off successive deliveries from Bhuvneshwar Kumar and Indian bowlers were taken to the cleaners by Lendl Simmons (67 no off 45 balls), Evin Lewis (40 off 35 balls) and Nicholas Pooran (38 no off 18 balls).

"If we field so poorly, no amount of runs will be enough. We were poor in the field during the last two games. We dropped two catches (Sundar and Pant) in one over. Imagine if they lost two in the same over that could have increased pressure," he said.

"Everyone saw we need to be more brave in fielding. It's a do-or-die game coming up in Mumbai."

He was happy that the ploy to send Dube at No 3 worked wonderfully well even though they have ended up on the losing side.

"(About Dube) We knew they will use spinners early so we thought why not use Shivam's power. The plan worked well."

He took a stunning catch at the boundary line to dismiss Shimron Hetmyer and Kohli felt that it was a case of the ball sticking in his hands.

"(The catch he took) It was just something that stuck in my hand. Committed to the ball and luckily it stuck. I dropped a one-hander in the last game."

His opposite number Kieron Pollard was happy that his bowlers did an exceptional job in restricting India to 170 despite Dube getting stuck into him in the ninth over of the Indian innings.

"To be able to restrict India to 170 after my expensive over, it was fantastic. The way we batted, we had discussed how to approach the game, and the boys played it well."

He was all praise for leg-spinner Hayden Walsh, who had very impressive figures of 2 for 28 in four overs.

"We have some guys who have done well from the CPL, and we are excited for them. I am pretty excited for this young bunch. Walshy's four overs were really good. Kesrick bouncing back too."

A fit-again Simmons did his job just like he had done in that World T20 semi-final in 2016 and Pollard couldn't be happier.

"Simmo started slow, but he knows he can catch up. He has played a lot in India. Seniors showed their way and youngsters followed."

On a personal front, Pollard finds it imperative to share his knowledge with youngsters.

"I am continuing to enjoy my cricket. Most I can do is pass on the knowledge to the youngsters. We will have good results if we stay as a unit. I pride myself on being a leader. God has given me a talent to play cricket. So when I come out, I come out with a will to win.

"And now captain, the will is stronger. But there were areas we need to improve about: a couple of wides, a couple of no-balls. We look forward to the final game at Wankhede."