Virat Kohli believes in the raw talent of Rishabh Pant. Now fans want to know if the skipper is willing to do the same for Sanju Samson, or at least give the Kerala wicketkeeper a chance at his home T20I match against the West Indies 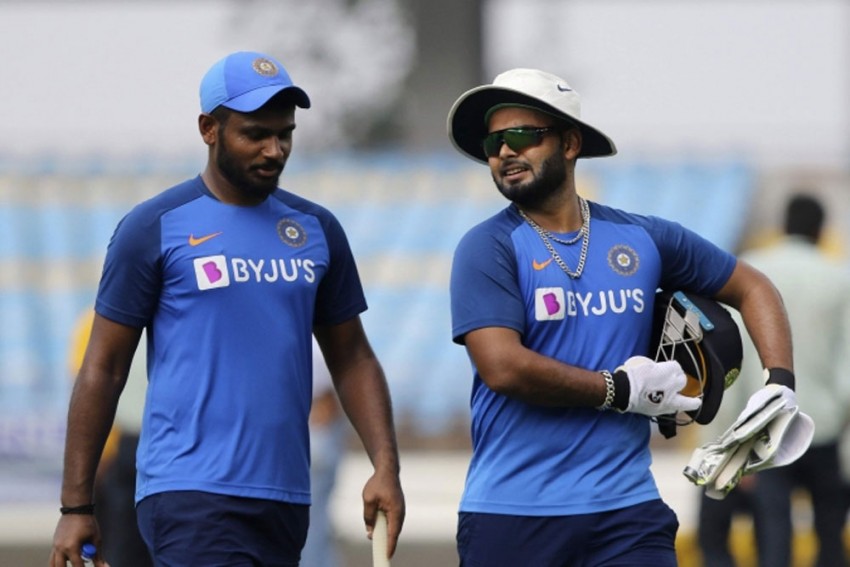 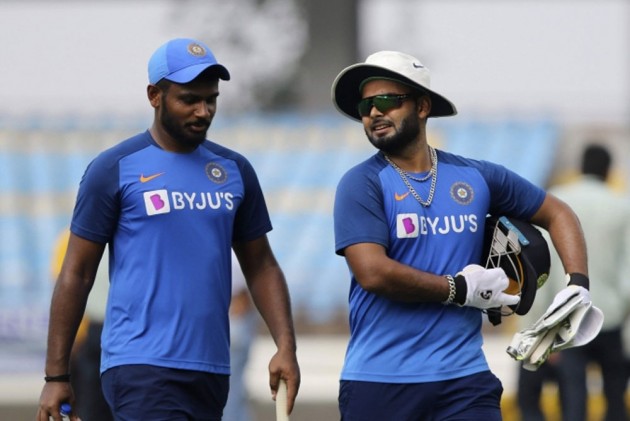 After their six-wicket win over the West Indies in the series opener, India don't need to change their playing XI for the second T20I match at Thiruvananthapuram on Sunday. Why tinker with a winning combination? But India may be forced to bring in local lad Sanju Samson, who was drafted as the replacement for injured opener Shikhar Dhawan, for under-
fired Rishabh Pant. (Cricket News)

Fan demand cannot dictate team selection, but in this case, Virat Kohli and Co. may well go with the popular demand by bringing a player who's been waiting on the wings for so long.  The very move to name the Kerala cricketer in the squad can be read as a hint of the team management's willingness to try an alternative to Pant.

Since replacing MS Dhoni as India's first-choice wicketkeeper in the limited-overs' formats, Pant has only managed to enrage fans with his carefree approach, doing the same mistake again and again. In the Hyderabad T20I, he started with a six -- showing his flambouyance -- but soon perished, which has become his trademark. A flash in the pan. Also, his work behind the stumps is far from impressive.

Read: Kohli Catches Up With Nabi To Share Massive Record

But the team is behind the 'young' 22-year-old cricketer.

Skipper Virat Kohli, vice-captain Rohit Sharma, and even BCCI president and former captain Sourav Ganguly have expressed their wish to continue with the Delhi gloveman. With the whole establishment behind him, Pant sure looks untouchable. Then, everybody, everything has a sell-by date. Case in point - Ganguly's remark on his relationship with head coach Ravi
Shastri.

"You perform and you continue, you don't, someone else takes over. That was also the case when I played," Ganguly said when asked about conjecture that he has an axe to grind with Shastri because of past differences.

Maybe Pant doesn't fall in that category, because he is a talented player, who needs a long rope to groom as a future star.

Then, as fans continue to ask, what about other talented players?

Samson, 25, played just one international match, way back in 2015 in Zimbabwe. And ever since, he's been in the periphery, despite continuously making his case with commendable performances in the domestic circuit. And the second match against the Windies at his home ground, he will want another crack.

But will Kohli back his claim? That's the million-dollar question everyone is asking.

Meanwhile, fans continue to push the case for Samson. And they have some outlandish claims on why Kohli doesn't care much about Samson.

And why are you not there for Sanju Samson @imVkohli? pic.twitter.com/XDYlPg9igU

If sanju plays today, the crowd in trivandrum will go wild.
If he doesn't play, it will feel like an away game for rishab.
Hope that both these youngsters can cope up to the pressures of the crowd.#INDvsWI #SanjuSamson #RishabhPant

This is too much actually..how lucky that guy pant is? What about others? Kicked dk out from t20 who got the best records and doesn't even give a single chance to sanju samson..back someone who really deserves lord kohli..stop this delhimania ðÂÂÂ¤¬ #INDvWI #RishabhPant #Sanjusamson https://t.co/xTUgDAe4OA

Somebody please send link of Anushka Sharma Instagram link to #SanjuSamson so that he like her posts n get a chance in playing 11. #BCCI #RishabhPant

Stop comparing him with Dhoni. Dhoni is incomparable.

Coming to #RishabhPant as a player, giving him space is fine but is there a point at which you would say lets try #SanjuSamson or other options letting him know that he is yet to earn his spot?

Ok Virat Kohli, we will leave #RishabhPant and #KLRahul , we don't criticize him because they are young as you said.
why did not these Terms and conditions apply for Ambati Rayadu, #SanjuSamson and other young players ?
why is it for your fav players ? #INDvWI

For the record, Samson was named in the Indian squad for the Bangladesh T20I series but didn't feature in any of the three matches. Then also, fans expressed their anger on social
media.

The match at Greenfield Stadium starts at 7:00 PM IST.