In the last 13 months, India have played the West Indies in six T20 Internationals with the hosts coming up victorious every single time. Now in their ongoing series, the Men In Blue currently lead 1-0. 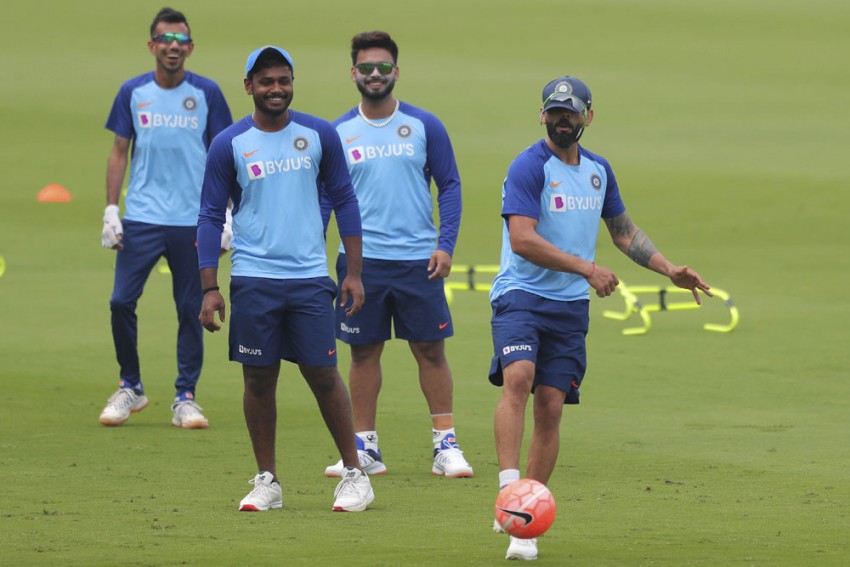 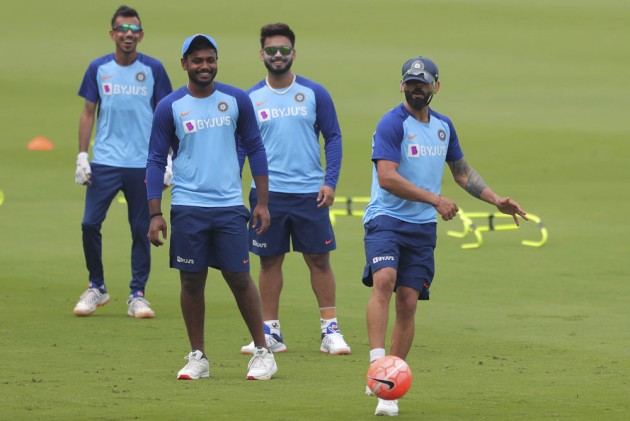 India will look for an improved show in the bowling and fielding departments to match their stupendous batting performance when they face the West Indies in the second game, eyeing to wrap up yet another T20 series, at Thiruvananthapuram on Sunday.

In the last 13 months, India have played the West Indies in six T20 Internationals with the hosts coming up trumps every single time.

On Friday, India claimed their seventh straight T20I win over the visitors, beating them comfortably by six wickets in the first game to take a 1-0 lead in the three-match series.

A win on Sunday will not only help India seal their second series in the shortest format but also give them a chance to tests the fringe players as they continue their preparation for the T20 World Cup.

India pulled off their highest successful run chase in a T20 International on Friday night as they chased down a challenging 207 for 5, posted by the Windies, in 18.4 overs.

If KL Rahul set the platform with a 40-ball 62, skipper Virat Kohli finished the job with a career-best 94 not out.

Rahul looked in sublime touch as he made a case for himself with his well-compiled half-century after being promoted to open in the absence of the injured Shikhar Dhawan.

The Karnataka batsman became the third fastest man to complete 1,000 runs in T20 internationals in 29 innings on way to his half-century and he will look to continue his good run.

Underfire Rishabh Pant too produced two big sixes before being holed out at long off and the wicket-keeper batsman, who has come under the scanner for his inconsistent form with the bat and poor glove work, will look to grab such opportunities more often.

While the batting led by Kohli put up a good show, the bowlers found themselves at the receiving end of some power-hitting by Evin Lewis, Shimron Hetmyer and captain Kieron Pollard.

Deepak Chahar, who was impressive in the preceding series against South Africa and Bangladesh, found the going tough as the West Indian batsman went after him. He took one wicket but gave away 54 runs and he will look to execute things better on Sunday.

Returning to the side's T20 setup, Bhuvneshwar Kumar went wicketless, bleeding 36 runs in his four overs but the weakest link in India's bowling seems to be Washington Sundar, who has failed to provide the breakthroughs, claiming just two wickets in his last six T20Is.

The 20-year-old from Chennai got the stick from the Windies batsmen and it remains to be seen if India sticks to the same bowling unit or brings in wrist spinner Kuldeep Yadav on Sunday.

In the fielding department too, India were far from impressive with Sundar and Rohit Sharma dropping a few catches apart from numerous misfields and the hosts will look to quickly pull up their socks.

The Windies, on the other hand, will be desperate to bounce back and keep the series alive but for that they will have to find a way to stop the Indian batsmen, led by Kohli.

The visiting team's bowlers appeared clueless as Kohli went on the overdrive on Friday.

Pacer Kesrick Williams conceded 60 runs from 3.4 overs and would be lucky to keep a place in the playing XI on Sunday.

Skipper Kieron Pollard would want the experienced Jason Holder (46/0) and Sheldon Cottrell (1/24) to provide wickets in the initial overs to stymie a formidable Indian batting unit.

The visitors also gave away 23 runs in extras, an area which needs immediate attention if they have to put India under pressure.

The Windies captain admitted that his side failed to execute its plans properly and would hope for an improved performance if they have to take the series to the decider and avenge their 0-3 loss to the same opponent in their own backyard in August.