Mohammed Shami unleashed a lethal spell of fast bowling, returning with a five-wicket haul, as India dismissed South Africa for 191 to complete a 203-run win in the opening Test against South Africa at Visakhapatnam on Sunday, and skipper Virat Kohli took note of the pacer's effort 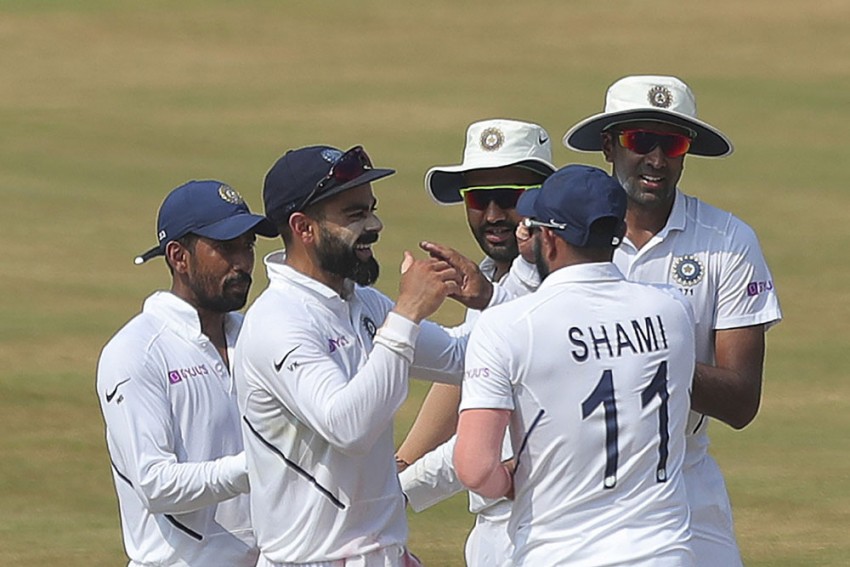 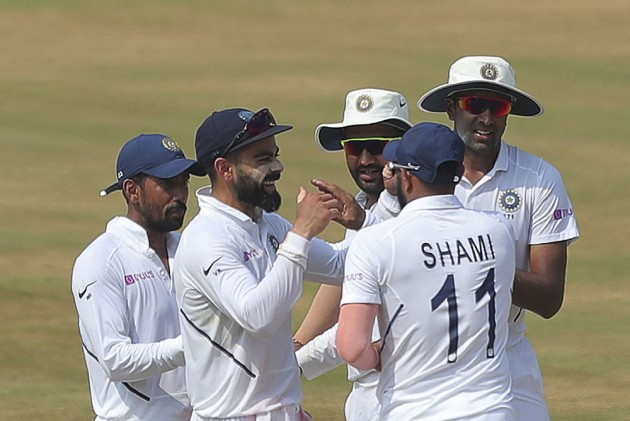 Skipper Virat Kohli on Sunday hailed India's pace attack led by Mohammed Shami which has shown a lot of heart to go through the grind and deliver even on slow spin-friendly wickets.

Shami unleashed a lethal spell of fast bowling, returning with a five-wicket haul, as India dismissed South Africa for 191 to complete a 203-run win in the opening Test against South Africa at Visakhapatnam on Sunday.

India thus took a 1-0 lead in the three-match Test series.

Asked if the Indian pacers are now playing a more significant role in India's Test victories Kohli said: "It's all about the attitude. If fast bowlers are going to think that spinners are going to do all the work, then it doesn't justify their place.

"They ask for shorter spells so they can give 100%. That's when you see guys like Shami, Ishant, Jasprit and Umesh doing well. It's all about wanting to make a play for the team even in conditions that are difficult," Kohli said at the post-match conference.

In the first innings, Ishant Sharma was the sole wicket-taker. However, Shami rattled the opposition in the second innings, claiming five wickets for 35 runs to earn praise from his captain.

"Shami has been a strike bowler in the second innings. All the guys lived up to their strengths. While batting heroes were obvious bowlers had it tougher in this game," Kohli said.

The spin duo of Ravichandran Ashwin and Ravindra Jadeja also shone with the ball. While Ashwin picked up seven wickets in the first innings, Jadeja ended with six wickets, including four in the second innings.

Kohli also was effusive in his praise for Rohit Sharma, who scored centuries in both the innings of his debut match as a Test opener, and Mayank Agarwal, who hit his maiden Test ton.

"Mayank and Rohit played brilliantly. Pujara too in the second innings. It was a hard grind though because of the weather and the pitch slowing down," Kohli said.

"We fought well but the second innings was tough. I thought up until this morning we competed really well," he said.

He added that the seamer's role up until the final day was to hold and it was on the fifth day that Shami was able to reverse swing the ball.

"You can always sit after a game like this what you can do but apart from Shami this morning, the seamers' job was of holding. On a day five pitch, things happen quicker, but it's the nature of Test cricket," he said.

India Vs South Africa: My Job Is To Play According to My Team's Expectations, Says Rohit Sharma