Sam Curran slammed 95 not out as England threatened an unlikely victory, only for India to eventually prevail in the series decider 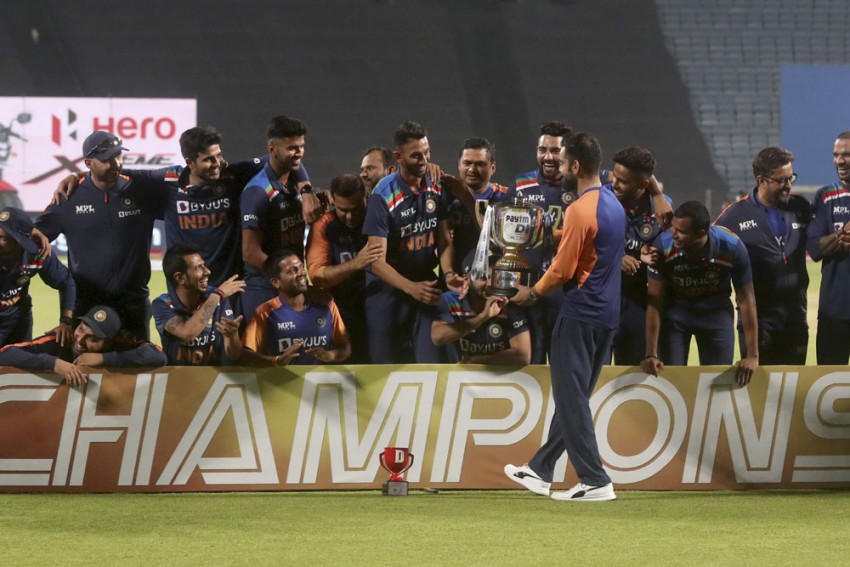 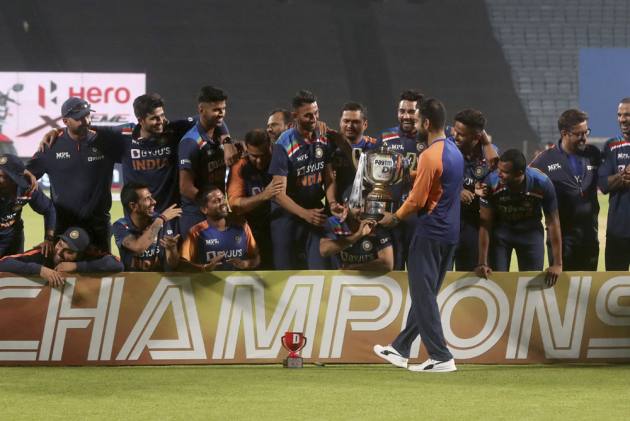 England came up just short in the third ODI despite the best efforts of Sam Curran, meaning India secure a 2-1 series triumph to complete a clean sweep in all formats.

Shikhar Dhawan, Rishabh Pant and Hardik Pandya all hit half-centuries as India - who had rallied to win 3-1 in the Tests, then 2-1 in the Twenty20 games – were bowled out for 329 in 48.2 overs.

Bhuvneshwar Kumar struck twice in the powerplay on his way to figures of 3-42, while Shardul Thakur claimed 4-67 in an England reply that looked doomed at 257-8.

However, with Mark Wood as an able ally, Curran continued to take the fight to India, making 95 not out. His defiant hitting – which included nine fours and three sixes - reduced the equation down to 14 from the final over, yet left-arm paceman T Natarajan held his nerve to seal a seven-run victory.

For the first time in the series, England had failed to build a foundation in a run chase. Openers Jason Roy and Jonny Bairstow had put on 135 and 110 in the previous two games, only to both fall cheaply to the impressive Kumar in the finale.

Ben Stokes made 35 and Dawid Malan (50) hit a maiden ODI half-century – during which he added 60 with Liam Livingstone (36) - but wickets continued to fall regularly, leaving India in control.

Curran capitalised on some poor fielding to keep his side afloat – the hosts dropped four catches – but England were unable to end their tour on a winning note.

Having seen their opponents chase down a target of 337 with more than six overs to spare last time out, India adopted a more aggressive approach with the bat at the start of the day.

Openers Rohit Sharma (37) and Shikhar Dhawan zipped along at faster than a run-a-ball rate in a century stand that was eventually ended by a superb delivery from Adil Rashid, who bowled the former with a googly.

Rashid also dismissed Dhawan for 67 two overs later, while fellow spinner Moeen Ali cleaned up Virat Kohli cheaply with one that turned sharply to surprise India's captain, who saw his team slip from 103 without loss to 157-4.

However, Pant and Pandya went on the offensive in a 99-run stand that was eventually ended when wicketkeeper Jos Buttler reacted quickly to take an edge from Pant, who fell to Curran for 78 off just 62 deliveries. Pandya followed not long after for 64, bowled by Stokes.

Wood claimed three late wickets as India were bowled out with 10 deliveries to spare. It turned out they still had enough runs, despite Curran's heroics providing a thrilling finish to England's tour.