Pakistan Prime Minister Imran Khan stated in his visit to the USA that he is working on making his country's cricket team, the best in the world. 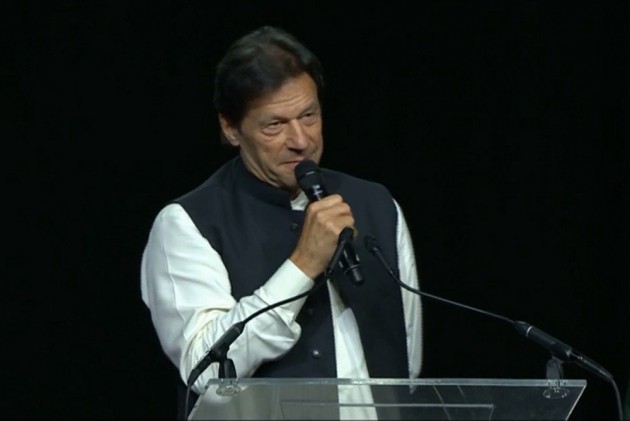 Pakistan Prime Minister Imran Khan has promised Pakistani-Americans that he is working on a plan to develop the "best cricket team of the world" following the debacle of the country in the recently-concluded ICC World Cup in the UK.

The cricketer-turned-politician said this while addressing a gathering of Pakistani-Americans at Capital One Arena in downtown Washington DC on Sunday.

Referring to the debacle of the Pakistani team in the recently-concluded ICC World Cup cricket tournament, Khan said that he has "started working on developing the best cricket team of the world in the next tournament, by bringing the best players in the team".

"Remember my words," the prime minister, who led Pakistan to victory at the 1992 Cricket World Cup, said.

Khan, however, did not divulge details about his plans.

ALSO READ: Maybe ICC Wants Zimbabwe Cricket To Be Able To Get Its House In Order: Grant Flower

He is currently on a three-day visit of the US and is scheduled to meet President Donald Trump at the White House on Monday.

Pakistan, which lost the match against India, could not make it to the semi-final round of the World Cup and remained on the fifth spot. The tournament was won by England for the first time.

Former chairman of the Pakistan Cricket Board Najam Sethi has blamed the present management of the board for the national team's poor show in the World Cup.