The security breach at the US Capitol by Donald Trump supporters led to four deaths, as sport stars stated dismay at events in Washington 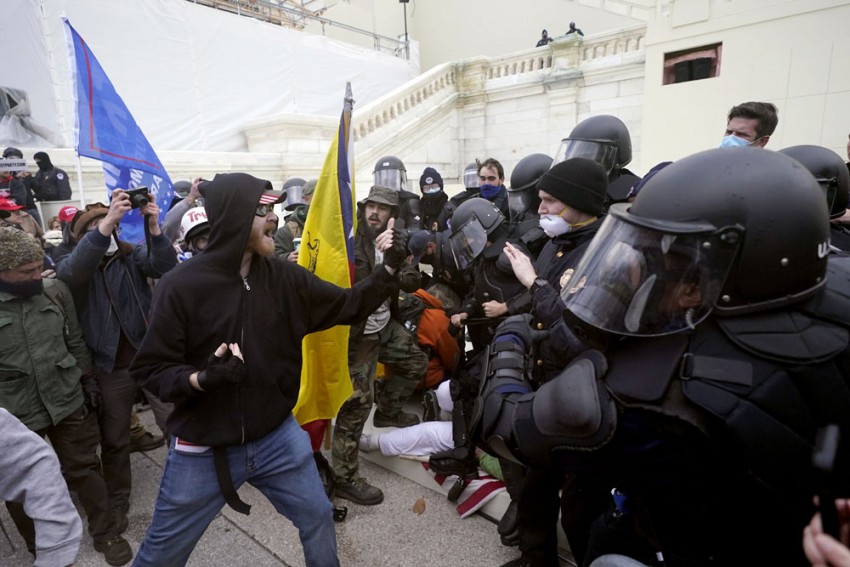 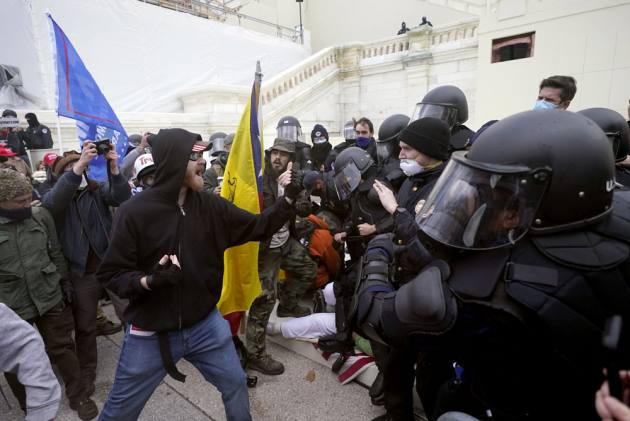 Russell Westbrook, Doc Rivers and Billie Jean King reacted with revulsion to the assault on the US Capitol by supporters of outgoing president Donald Trump, united in the view there would have been a deadlier outcome had the rioters been black people. (More Sports News)

On a dark day for the United States, thousands of Trump backers descended on Washington for a protest rally, refusing to accept the result of November's election that saw Joe Biden sweep to power.

Two weeks out from Biden's inauguration, many violent protesters breached security and accessed the Capitol, causing carnage and destruction as they appeared to go largely unchallenged.

There were a number of casualties, with four dead including a woman who was shot, while reports said a number of explosive devices were discovered.

Washington Wizards star Westbrook said: "It's very unfortunate to see. If those roles were reversed, if those were African-Americans, black people, it would be totally different."

He said the chaos was "just crazy, almost like a movie", and team-mate Bradley Beal agreed it was hard to stomach the scenes, given his view that police took a far less lenient approach to protesters during last year's Black Lives Matter demonstrations.

"It's very disheartening in a lot of ways - a lack of sense of urgency to respond to what was going on, versus protesters at Black Lives Matter over the summer," Beal said.

"The people who were invading our Capitol, that's unheard of and it's disheartening this is where we're at as a country."

Listen to what @RealDealBeal23 & @russwest44 had to say about what happened today in our nation's capital.  pic.twitter.com/6OL8RxWoJq

"It shows a lot, though," Rivers said. "When you saw the [Black Lives Matter] protests in the summer, you saw the riots or more the police and the national guard and the army. And then you see this and you saw nothing.

"It basically proves the point about a privileged life in a lot of ways. I'll say it because I don’t think a lot of people want to: could you imagine today if those were all black people storming the Capitol and what would have happened?

"So that to me is a picture that’s worth a thousand words for all of us to see and probably something for us to reckon with again."

Tennis great King, a long-time activist for equality in sport and society, added on Twitter: "If the rioters storming the Capitol building today were Black and Brown people, the police response would be much different."

Footballer Megan Rapinoe became embroiled in a war of words with Trump during USA's triumph at the 2019 Women's World Cup.

Looking at footage of how seemingly easily the protesters were able to break into the Capitol, Rapinoe offered her opinion, writing: "This is crazy, how did they even get through the..... ohhhhh it was opened for them."

Trump had addressed the crowds earlier in the day, forcefully standing by his view that he was fraudulently robbed of an election win.

In the hours after the Capitol was cleared, Congress confirmed Biden's victory.

There is literally a tweet for everything. Cat got your tongue today huh? https://t.co/yKd8dgm2wn

He wrote on Twitter: "Never thought Americans would let terrorists into the capital without a fight....sad day. There are certain things my brain could never imagine.... and one of them is black ppl storming a government building and taking things without deadly consequences. But that’s just my brain."

It was not just Sherman's brain thinking along those lines, though. Far from it.

Los Angeles Clippers star Kawhi Leonard took the same stance, saying: "You just see the privilege, the privilege in America. "It's sad to see, because if any of us was out there, I think we would've been tear-gassed, Maced, probably gunshots, you know?"

And American track and field legend Michael Johnson said the scenes were only to be expected, given the nature of the Trump presidency.

"The alarms were sounded for four years. Republicans ignored them. Many in the media ignored them and normalized dangerous behavior," Johnson wrote on Twitter.

"Sadly, today it all came to be. Shameful! This president and his supporters. Shame on you! And take responsibility!