Australia will take on West Indies, against whom they suffered a three-wicket defeat in their opening match of the tournament, in the Fifth Place Play-Off at Willowmoore Park, Benoni on Friday, February 7 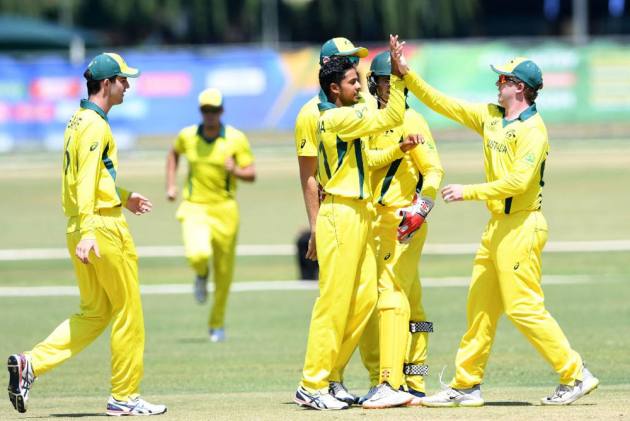 An all-round performance from Tanveer Sangha has guided Australia into the ICC Under 19 Cricket World Cup Fifth Place Play-Off via a tense four-wicket win over Afghanistan. (More Cricket News)

Sangha was on song with the ball, taking 4-41 with his leg spin as Afghanistan was restricted to 7-191 batting first at North West University Oval in Potchefstroom. He was ably supported by Liam Scott who claimed 2-26.

In reply, Sam Fanning (62) and Lachlan Hearne (48) stabilised Australia's innings after losing two early wickets. Their departures too came in a middle-order collapse of 4-23 which threatened to end Australia's hopes.

But Sangha (46 not out from 40 balls) and Patrick Rowe (22 not out) steadied the ship once more, combining for an unbeaten 72-run, seventh-wicket stand to steer Australia home. Sangha finished the match with a six on the penultimate delivery.

Australia will take on West Indies, against whom they suffered a three-wicket defeat in their opening match of the tournament, in the Fifth Place Play-Off at Willowmoore Park, Benoni on Friday, February 7.