Bangladesh reached the semi-finals of the ICC Cricket U19 World Cup for the second time after an emphatic victory over hosts South Africa, joining India and New Zealand in the Super League last four 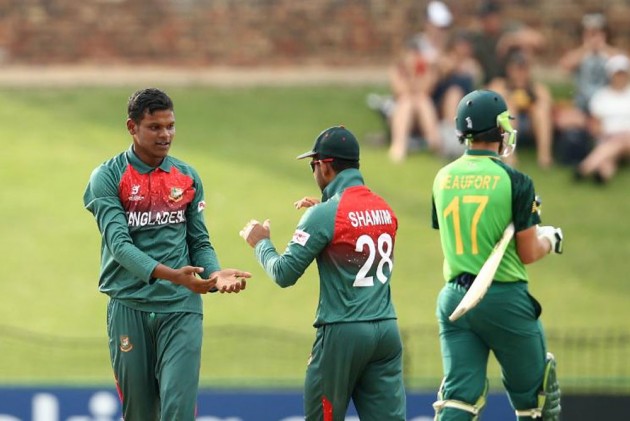 Bangladesh dished out a clinical all-round performance to beat hosts South Africa by 104 runs and enter the semifinals of the ICC U-19 World Cup at Potchefstroom on Thursday. (More Cricket News)

The South Africans were below-par with the ball as two out of five Bangladesh wickets came off run-outs.

Off-spinner Pheko Moletsane (2/41) and Tiaan van Vuuren (1/46) were the only wicket-takers for the home team.

South Africa were no better with the bat also as left-arm orthodox bowler Rakibul Hasan returned with impressive figures of 5/19 while Tanzim Hasan Sakib (2/41) scalped two wickets to bowl the hosts out for 157 in 42.3 overs.

Middle-order batsman Luke Beaufort top-scored for South Africa with a 91-ball 60, while opener Jonathan Bird made 35 but their contributions were not enough to see the hosts through.

Bangladesh will play New Zealand in the second semifinal here on February 6. New Zealand had beaten the West Indies by two wickets on Wednesday.