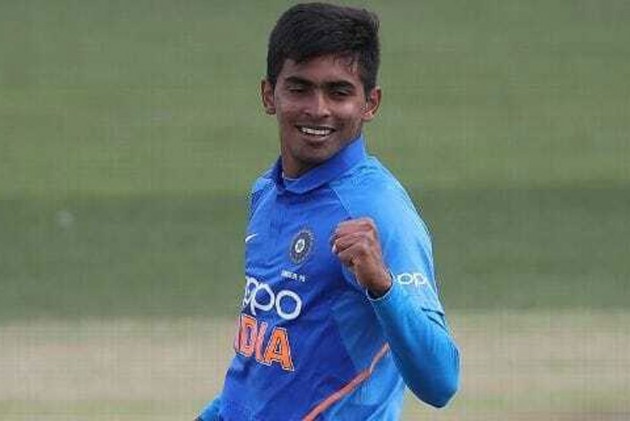 India won the toss and opted to bowl first, and by the end of 10th over, Bishnoi's figures read: 4-2-0-4. He got the wickets of Shu Noguchi (7 off 17) and Kazumasa Takahashi (0 off 1) -- bowled off successive deliveries in the eighth over, then trapped Ishaan Fartyal (0 off 7) before having Ashley Thurgate (0 off 2) caught in the tenth over.

Then, India dismissed Japan for 41 -- joint second-lowest score in the history of the Under 19 World Cup. And not single batsman reached double figures, with extra helping their cause with 19.

The 19-year-old from Jodhpur, Rajasthan is a leg-break googly bowler. He was picked up by Kings XI Punjab for the 2020 Indian Premier League season.