What followed on Haque's post was a stream of photographs featuring celebrities, cricketers and other famous personalities with captions mirroring "PM Imran Khan 1969". 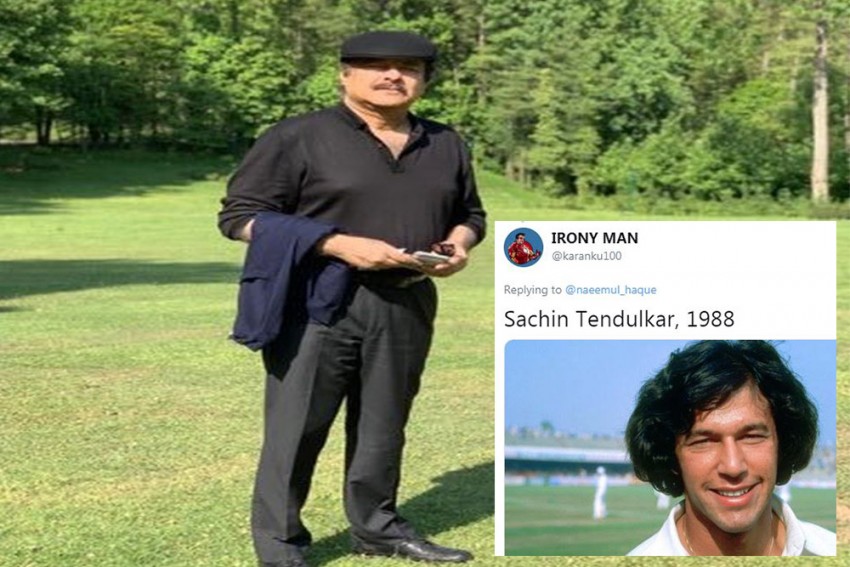 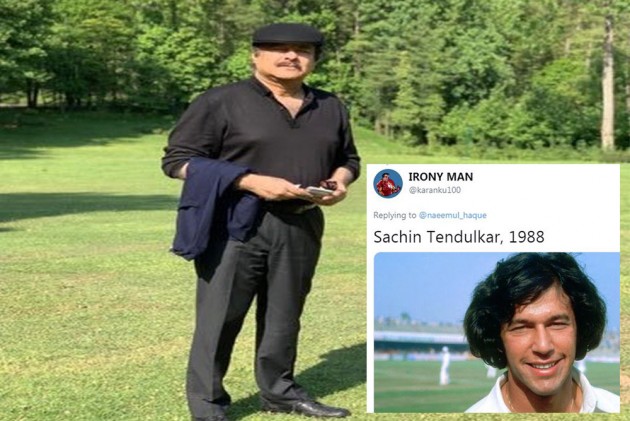 Naeem ul Haque, special assistant to Pakistan Prime Minister Imran Khan was on Saturday brutally trolled on Twitter for his post in which a photograph of India legend Sachin Tendulkar was captioned as "PM Imran Khan 1969".

The post came days after India defeated Pakistan in another world cup fixture, maintaining its winning streak in the ICC tournament against the neighbours.

What followed on Haque's post was a stream of photographs featuring celebrities, cricketers and other famous personalities with captions mirroring "PM Imran Khan 1969".

A fan posted a picture of a scene from Bollywood movie Lagaan and captioned the picture as "Jos butler & Ashwin in 1980".

One fan tweeted the picture of a yawning baby and termed the photo as "Sarfaraz 1987".

Here are some of the best tweets on Haque's thread:

India defeated Pakistan by 89 runs on Sunday. The  Pakistani side then went on to become the butt of all jokes and many fans criticised players fitness and their training regime.

Several videos surfaced on the internet when Pakistan lost against India and the fans can be seen dejected with the team's performance.

Various media reports also suggested that Pakistan players broke team curfew before the match against India as they went to a nearby restaurant to have dinner.

India maintained their clean sheet against Pakistan in World Cup and now Men in Blue have a 7-0 record against arch-rival Pakistan.

(With Inputs from ANI)