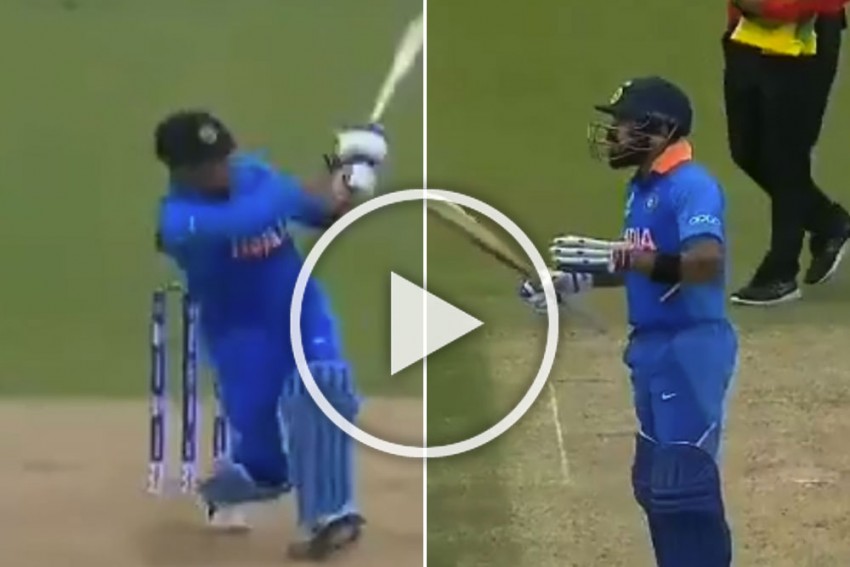 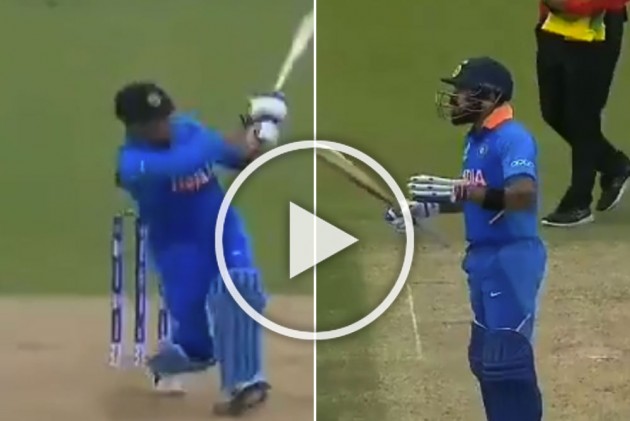 During his 14-ball knock, the legendary wicketkeeper-batsman hit three fours and a six for 27 runs. One of his shots, that six -- a flat hit against Australia's strike bowler Mitchell Starc -- left skipper Virat Kohli impressed.

Shikhar Dhawan's classy hundred and a quality bowling effort powered India to a 36-run victory over Australia, thus sounding a warning bell for their opponents.

The legend of Dhawan in ICC tournaments continued to grow as his stylish 117 formed the cornerstone of a fantastic batting display that propelled India to a commanding 352 for five.

In reply, Australia never looked like getting there as they managed only 316 in 50 overs with Steve Smith (69 off 70 balls) and David Warner's (56 off 84 balls) half-centuries being of little consequence.

After a professional run-chase against South Africa in the opener, the second match saw the 'Men In Blue' burying the five-time world champions under a deluge of runs. An astounding 131 dot balls (21.5 overs) were bowled by Indian bowlers which ultimately made the difference.