Meanwhile, Chris Gayle became the third West Indian and 18th batsman overall to complete 1000 runs in ICC Cricket World Cup. Viv Richards was the first batsman to achieve this feat in 1987 World Cup while India’s Sachin Tendulkar with 2278 runs in 45 matches is the highest run-getter in this mega event. 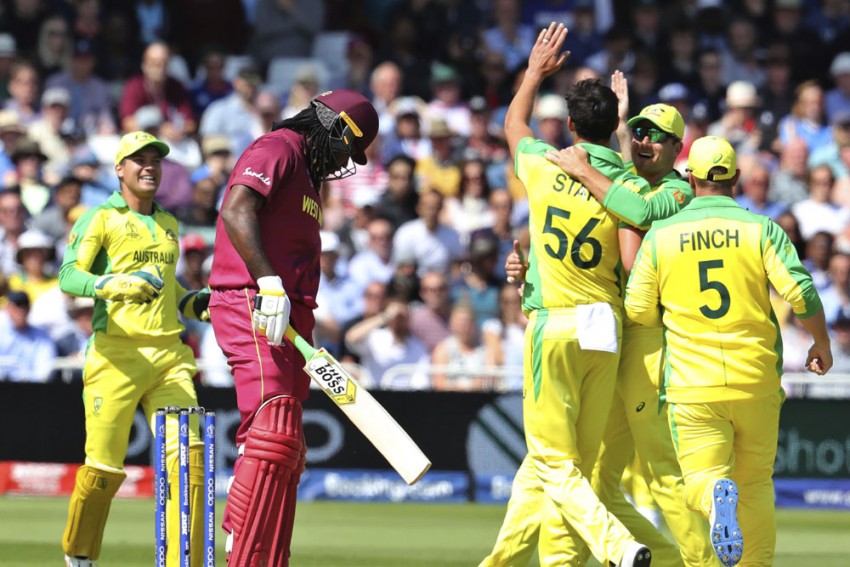 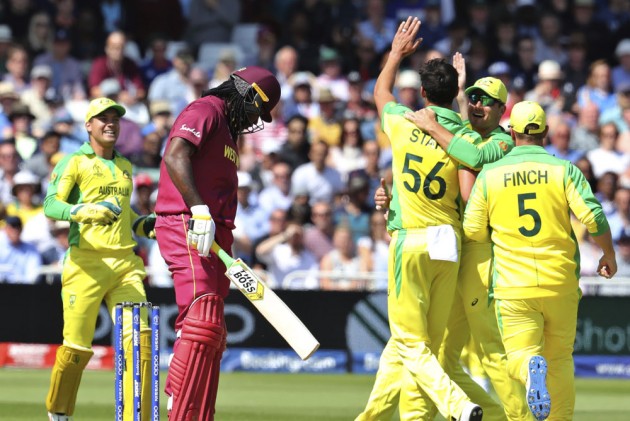 Legendary West Indies opener Chris Gayle became a victim of poor umpiring during their second match of the ICC Cricket World Cup 2019 against Australia at Trent Bridge, Nottingham on Thursday.

In a dramatic initial part of the Windies innings, Gayle successfully reviewed two decisions against umpire Chris Gaffaney, who ruled the left-handed batsman out caught behind and leg before.

In the first instance, the ball hit the wicket but the bails remain stuck in the groove. Gayle right away challenged. That happened off the fifth ball of the third over, bowled by Mitchell Starc.

The very next legal delivery, Gaffaney raised his finger again, this time for an LBW, only to see Gayle winning the review again.

Gayle was forced to walk in the fifth over, given out LBW off Starc. Gayle did take the review, but it returned as umpire's call with the ball. But what's disappointing in that play was that he was given out on a free hit. Starc clearly overstepped in his previous delivery, but Gaffaney missed the call it.

Soon 'Gayle' became one of the top trending topics in Twitter, with thousands of fans coming out in support of the fallen cricketer.

Here are some reactions, many of which have screengrabs of the errant foot.

Gayle is not out since it was a no ball.Please change Umpire Chris from New Zealand @ICC @cricketworldcup pic.twitter.com/9JWUF6wObS

Worst umpire of today's match. He gave out to gayle twice but had to change the decision after review.

That was a huge no ball missed by the umpire! The next all would have been a free hit and Gayle would have actually been not out!

This is such a big NO BALL, that it doesn't deserve to be call a no ball. Insult to NO BALLS. and Gayle gone on the next ball whuch was suppose to be a free hit.
Such poor umpiring in #CWC19 @ICC pic.twitter.com/oqtf4ikbxD

I’m furious over this decision. Gayle was given wrongly given out two times but thanks to the reviews, he survived but was put under pressure. And then this happened. PATHETIC at this level. There should be an enquiry over this. https://t.co/IGPQKPsOBL

Huge no ball was gayle has given out the umpire eyes on the foot this world cup fayle is still there @ICC @cricketworldcup Please chect this every ball pic.twitter.com/TKWafRoIN9

It seemed umpire was in a hurry to send Chris Gayle back. Gayle went for DRS thrice and survived 2 of them and on the 3rd one he was given LBW on umpire's call. 1/2#CWC19 #AusVsWI pic.twitter.com/UNcCmgOM8J

Christopher Henry Gayle's reaction after he saw that the ball was a
"NO BALL" n the next ball was a free hit in which he was given "OUT" for the 3rd time.#CWC19#AUSvWI pic.twitter.com/IpzNG5FxxV

Meanwhile, Gayle became the third West Indian and 18th batsman overall to complete 1000 runs in World Cup. Viv Richards was the first batsman to achieve this feat in 1987 World Cup while India’s Sachin Tendulkar with 2278 runs in 45 matches is the highest run-getter in this mega event.