I-League Live Streaming, Churchill Brothers Vs Real Kashmir: Preview, When And Where To Watch

Litmus test for Real Kashmir in top of the I-League table clash against Churchill Brothers. Check match and telecast details 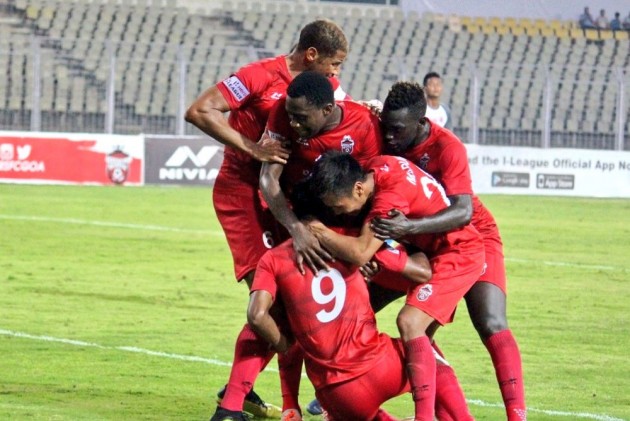 Real Kashmir FC will look to build on their emphatic victory in the previous game and displace Churchill Brothers from the top when the two sides lock horns in an I-League clash in Kolkata on Monday. (More Football News)

With a game in hand, the Snow Leopards are three points behind table-toppers Churchill Brothers.

A victory on Monday will help the David Robertson-coached side to climb to the top of the standings, dethroning the Red Machines.

With Real Kashmir coming on the back of a 6-0 win over Indian Arrows, the Snow Leopards are optimistic about a positive result.

Speaking at the official pre-match press conference, Robertson said, "We played a good game against the Indian Arrows. You get very few matches like this in a season. And, it was good to score that many goals in the season. It's good to see when we put away the chances we created."

"There is always room for improvement. We are up in front of a very tough opponent. Every time, we have played them in previous seasons, it has been a close affair. Tomorrow will be no different."

"They have had a good start, like us. They have played a game more than we have had. The league is very tight, and any opponent can beat anyone," the Scottish coach added.

After a brilliant start to the season, Churchill Brothers have had a slight blip in the last two games, drawing against TRAU, and then Aizawl. Despite that, the Red Machines still sit on the top of the table.

However, their match against Real Kashmir will be a significant test for Fernando Varela's side.

"We are prepared for them. We respect Real Kashmir as an opponent. They are a complete team. They have talented players like Danish Farooq. They also have a good quality of foreign players -- Roberston, Haroon Amiri, and others," Varela said.

Churchill Brothers lost their star striker Clayvin Zuniga to injury in the game against TRAU. There have been a few concerns over the lack of goals since his injury. However, Varela downplayed the concerns.

"I am not worried that we have drawn the last two games. In six matches, we have created many chances to score, and we will continue to do so."