By virtue of their win, Churchill Brothers steered four points clear of second-placed TRAU FC after the Goan outfit steamed past Sudeva Delhi at the Mohun Bagan Stadium 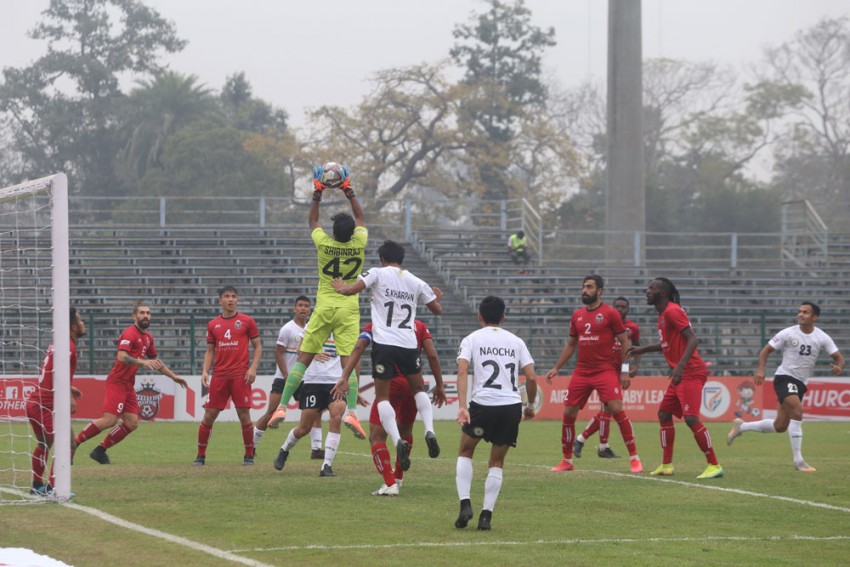 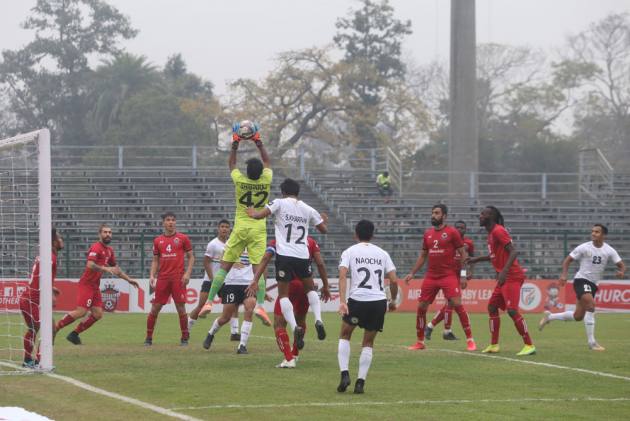 By virtue of their win, Churchill steered four points clear of second-placed TRAU FC after the Goan outfit steamed past Sudeva at the Mohun Bagan Stadium.

In what was perhaps the best opportunity for Sudeva to stun the title contenders early on, Sairuatkima was given a free header after Kean Lewis found him with an accurate freekick in the fourth minute.

The lanky defender, however, failed to even test the opposition goalkeeper.

Shaking off a nervous start, Churchill began dominating the proceedings and came close to taking the lead several times.

In the 17th minute, Richard Costa played a through ball for Clayvin Zuniga, but the ball, a bit overhit, was saved by the goalkeeper who came out to collect.

Two minutes later though, Churchill took the lead in a quite extraordinary fashion. Off a corner kick, Zuniga held up play and used his physical prowess to shield the ball, before laying a pass for Luka Majcen who smashed the ball home.

Next, a classic counter-attack goal for the Red Machines gave them a two-goal advantage.

In the 35th minute, Kean Lewis ran clear on the right flank and cut inside to release a curling effort that went out of bounds. Immediately after, Churchill cleverly used the right flank and Luka Majcen ran clear towards the goal before releasing a pass for Bryce Miranda, who bundled the ball into the net.

Sudeva got a chance to reduce the lead in the dying minutes of the first half when Shaiborlang Kharpan's thunderous header off a Mahesh Singh corner was saved heroically.

Sudeva came out with purpose in the second half and two minutes into play, Kharpan had a half-chance. The forward broke clear of the defensive line and chased a long ball towards goal. However, he tried to chip the opposition goalkeeper, who had come out to clear the danger, but placed his effort wide in the process.

Bazie Armand, who commanded the midfield and robbed possession off Sudeva time and again, tested his luck in the 64th minute when he shot from distance. His shot lacked power and was saved easily by the opposition goalkeeper.

Nine minutes later, Bazie was once again given an opportunity when he was found by Luka Majcen, right outside the box. This time, as well, the midfielder dragged his shot wide of the goal.

Despite the valiant efforts of Sudeva, Chenco Dorji's team were held at bay for most parts of the second half.

In the 81st minute, a well-timed tackle by Gursimrat Singh saw him deny a clear chance for Zuniga.