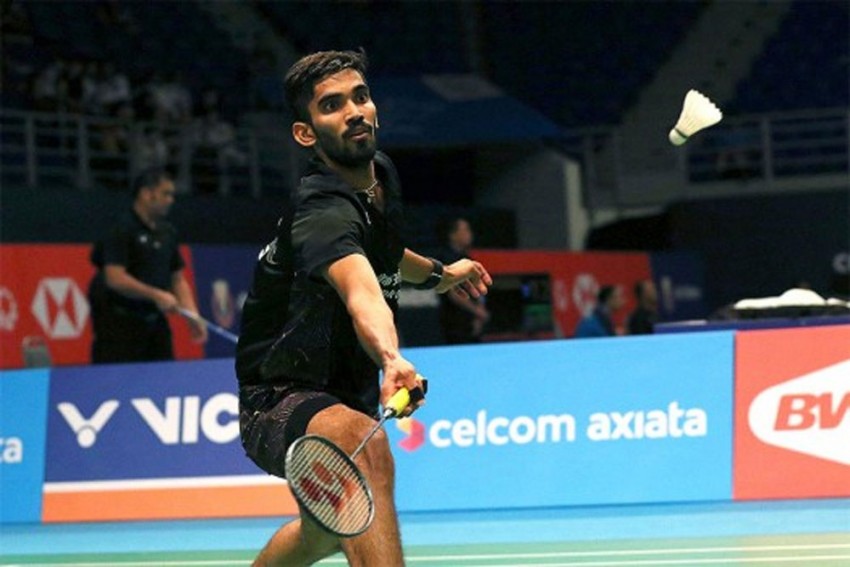 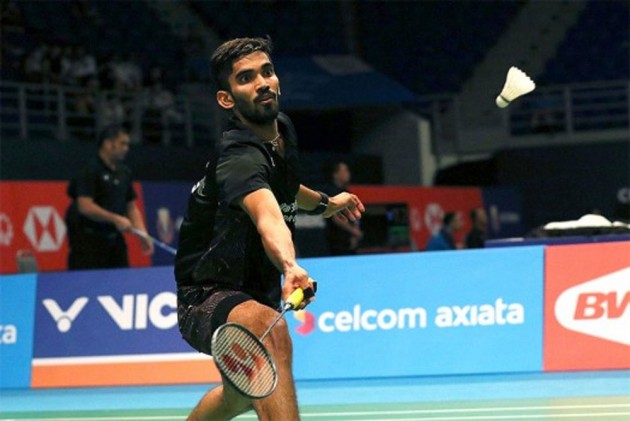 Top Indian shuttler Kidambi Srikanth advanced to the men's singles second round without playing a shot after his opponent Kento Momota's pull-out while Sourabh Verma entered the main draw of the Hong Kong Open after clinching straight-game wins in his two qualifying clashes at Hong Kong on Tuesday. (More Badminton News)

Srikanth was to play against Momota in the first round on Wednesday but the Japanese world number one pulled out of the tournament on Tuesday. The reasons for his withdrawal were not known.

A few days back, the 24-year-old Momota had beaten Taiwan's world number two Chou Tien-chen to claim his 10th title of the year at the Fuzhou China Open.

World number 10 Srikanth will now face either compatriot Sourabh or Frenchman Brice Leverdez, who will clash in the second round on Wednesday, to reach the quarterfinal.

Sourabh, seeded fourth in the qualifiers, first defeated Thailand's Tanongsak Saensomboonsuk 21-15 21-19 before getting the better of Lucas Claerbout of France 21-19 21-19 in the final qualifying round.

In the mixed doubles, the Indian pair of Satwiksairaj Rankireddy and Ashwini Ponnappa rallied from a game down to beat the Thailand duo of Nipitphon Phuangphuapet and Savitree Amitrapai 16-21 21-19 21-17 in a 55-minute match and advance to the second round.

But in another mixed doubles first-round match, the Indian duo of Pranaav Jerry Chopra and N Sikki Reddy lost 10-21 18-21 to the third-seeded Thai pair of Dechapol Puavaranukroh and Sapsiree Taerattanachai to bow out of the tournament.

The other Indians featuring in the men's singles main event will start on Wednesday. B Sai Praneeth, Sameer Verma, H S Prannoy and Parupalli Kashyap are those in fray in the competition.

Sourabh's brother Sameer will be up against Tzu Wei Wanf of Taipei. B Sai Praneeth too has a tough opening round encounter against third seed Shi Yu Qi of China, while Prannoy and Kashyap will take on China's Huang Yu Xiang and Kenta Nishimoto of Japan.