Antonio Conte's Inter remain fourth in Serie A after being pegged back in the closing minutes by a spirited Hellas Verona side. 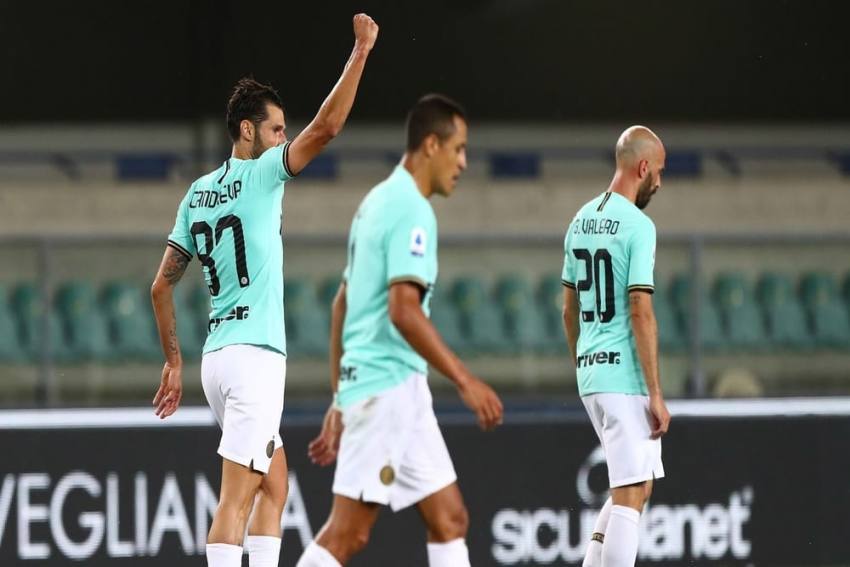 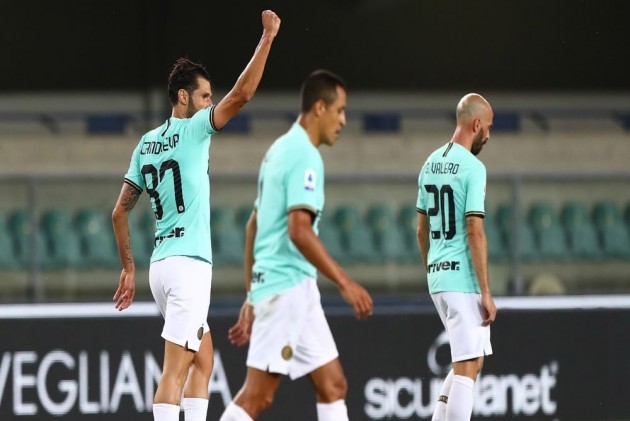 Miguel Veloso scored late on as Hellas Verona snatched a 2-2 Serie A draw with Inter at Stadio Marcantonio Bentegodi on Thursday.

The hosts had taken a second-minute lead courtesy of Darko Lazovic's superb solo effort but Inter stormed back early in the second half thanks to Antonio Candreva and an own goal from Federico Dimarco.

There was a late sting in the tail for Antoino Conte's side, however, with Veloso coolly stroking home with four minutes remaining to secure a share of the spoils.

The result leaves Inter in fourth, one point behind third-place Atalanta, while Verona remain ninth.

The hosts started in scintillating fashion as Lazovic cruised past Milan Skriniar down the left flank and lashed a fine finish past Samir Handanovic from an acute angle.

Inter's miserable start almost got worse but Veloso struck the post with a long-range effort and Dimarco flashed a volley wide of the upright in quick succession midway through the first half.

Inter belatedly woke from their slumber and tested Marco Silvestri through Roberto Gagliardini and Alexis Sanchez, while Marcelo Brozovic twice fired wide from outside the penalty area before the interval.

Inter started the second half with a spring in their step and pulled level after 49 minutes, Candreva slotting into the bottom corner after Romelu Lukaku's effort crashed back off the post.

Candreva was the architect of Inter's second just six minutes later as his right-wing cross was diverted past Silvestri by the hapless Dimarco.

Inter substitute Lautaro Martinez squandered a golden opportunity to put the game to bed nine minutes from time, failing to beat Silvestri after being played clean through.

He was duly punished when Veloso kept his composure to fire past Handanovic and seal a point for Ivan Juric's side.

What does it mean? Inter fail to respond to Conte's challenge

Conte's call for his players to channel their "bitterness and disappointment" in a positive way following the shock home defeat to Bologna on Sunday seemingly fell on deaf ears.

Inter were dismal in the opening period and were lucky not to be more than one goal down at the break. They somehow clawed themselves back into a winning position but for the second time in five days conspired to throw it away.

Veloso gets his reward

The Portugal international was at the heart of everything good about Verona's display. He struck the post with a fierce effort in the first half and gave Handanovic little chance with a fine strike to grab a point for his side.

Sanchez fails to take his chance

Chosen ahead of Martinez, who missed a crucial penalty in the defeat to Bologna, Sanchez did little to suggest he should hold onto his position in the starting XI. The on-loan Manchester United man huffed and puffed but, as has been the case for a few years now, a spark was sorely absent.

Inter will hope to return to winning ways against Torino at San Siro on Monday, while Verona visit Fiorentina a day earlier.